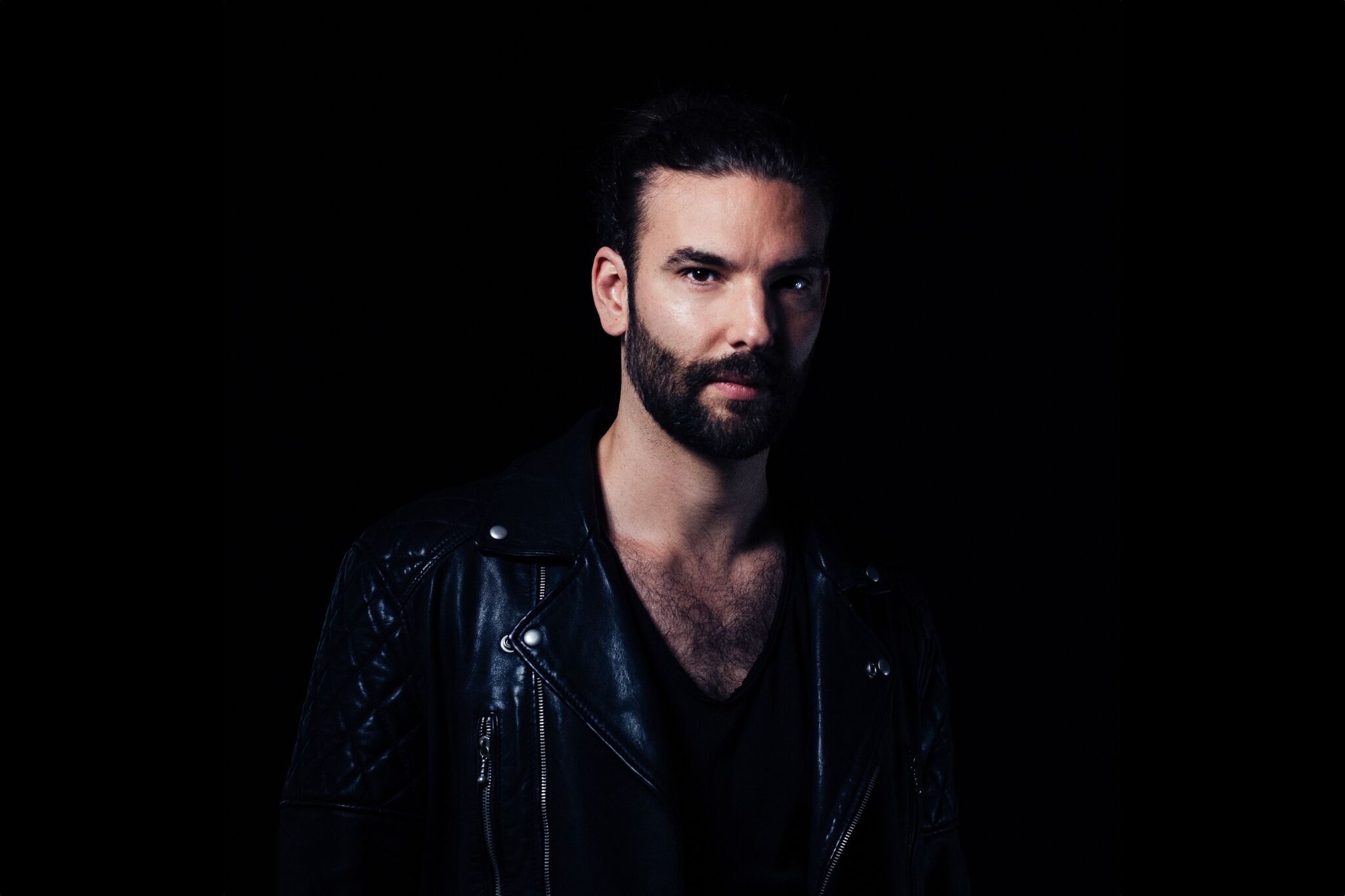 Coming forth from his early days in progressive over a decade ago, Eelke has consequently landed at a refined stage musically and personally. An accurate reflection of his building blocks is Eelke’s third (only) studio album ‘Moments of Clarity’ out now on his imprint label DAYS like NIGHTS.

‘Moments of Clarity’ is a balance between theatre and dance, affirming this intersection is at the helm of Eelke’s craft, and meant for the headphones just as much as it is for the dancefloor. Leading with “Maschine 1.0”, a personal favorite, reassures the start of a cinematic spectacle and the album concludes with an opposing rhythm of a much harder sister version, “Maschine 2.0”. In between you can hear emotion and promises, sadness and euphoria, harmonic and eerie, calming compositions that create a satisfying convergence of neutrality.

Eelke wasn’t always this inspired taking a natural hiatus while finding his grounds a few years ago. Restructuring his work into a wholesome binding where he takes lead has brought him back to his home grounds in the Netherlands. Built a studio, regained momentum, strapped on a healthy approach and hit the road again.

Eelke Kleijn speaks to Project Revolver about his upcoming live shows, operating his label, reflecting on a memorable 2018 as the composer of Burning Man’s unforgettable flying drone sculpture and maintaining a sustainable DJ lifestyle.

Anita Yardemian: ‘Moments Of Clarity’ is theatrical and orchestic in your true element. It can be for a wide audience. How did this album come to fruition? What are the factors you consider releasing on your new label rather than a mega label?
Eelke Kleijn: I started with most tracks on the album about two or three years ago. It was just after I had rebuilt my studio and a lot of the ideas I made back then made their way onto this album. At first I wanted it to be an album that you could enjoy at home. However along the way that changed and I wanted it to be full of tracks I could play in my sets. I think in the end I succeeded in both, because even though parts of the album are orchestral and theatrical, I’m playing nine out of twelve tracks in my live shows.

Ever since I started with DAYS like NIGHTS it’s been my goal to release almost all of my own music on the label. So even before the album was done, I already knew it would be for DAYS like NIGHTS. I just think I’m at a point in my career where I would rather invest time and effort into building something that benefits the label and myself, than to do it for someone else. Over the course of such an extensive career, you’ve chosen to do a handful of albums. Each one seems like a milestone in your sound and evolution. What’s the biggest component in ‘Moments Of Clarity’ that defies you as a producer, what sets apart this album from your previous?
I think ‘Moments Of Clarity’ is different from my previous albums, but it has some strong similarities as well. My music has always been cinematic and melodic, you can hear that in my debut album, ‘Naturally Artificial.’ But compared to that album, and in a sense also to my second, ‘Untold Stories,’ I didn’t really know what I was doing when it came to orchestration. I’ve learned a lot over the past years, especially from making music with deadlines for trailers and film. On “1,000 Lights” you can clearly hear those influences. With ‘Untold Stories’ I had troubles playing a lot of that music in my sets, because it seemed to feel almost too musical at times. I think with this album I’ve struck a really nice balance between musicality and something that is dance floor ready.

What can you tell us about your label DAYS like NIGHTS? How long has it been operating, what artists are you scouting, and what’s the future plan? Tell us about your event series, named after your label.
I launched the label in early 2017. I wanted it to be a home base for all of my music, but it’s also a place where other similarly minded artists can release their work. Last year we released music from Nick Warren, Sébastien Léger and Petar Dundov. Next year we have Danito & Athina, Brassica, Yvel & Tristan and Simon Doty among others. There is only one rule to what we release on the label: it has to be music that I play in my sets. In terms of label-branded events, I started last year hosting showcases at Amsterdam Dance Event and Woodstock in the Netherlands. I just did one in New York and in Buenos Aires as well. We’re constantly looking to expand those, with a DAYS like NIGHTS in Brisbane, Australia coming up and more to follow through 2019. The events are a great way to showcase the sound, and to invite other people that I appreciate to play sets too.

You’re receiving an uplifting response to your new album, where do you see this transcend? Your sound has refined over the last few years and this album is a showcase of that. Would you like for this to be known as a classic?
If people want to call it a classic I would be highly honored, but that’s not what I’m thinking about when I create an album. I do try to create a sense of timelessness. I don’t want an album to sound like it was made in 2018, or in any other year for that matter. You have to slightly differentiate yourself from the trends for that. Because if you follow those too closely, the album will have lost its meaning once the trend is gone. I’ve tried to do this with all of my albums, and only time will tell if I succeeded.

“1,000 Lights” happened at a fitting time. Playing your album atop Mayan Warrior after the drone spectacle as a tribute to Burning Man founder Larry Harvey must be a career topper. Tell us how this track was written.
That was a pretty special moment indeed. The track was actually written specifically for the drone show Franchise Freedom. I was involved in the project from early 2018 onwards, as well as Joep Beving who played his piece “Ab Ovo” live when the drones were in the air. Before the show, I had not attended Burning Man, so I tried to envision what it would be like. And at the same time I tried to bring some of the trailer tension along for this piece, because I realized people would be waiting for something special to happen and you want tension to rise during those moments. It was a bit of a challenge to keep it musical at the same time, because I don’t think something that was made strictly for tension would be a good fit on the album. But in the end I’m really happy with how it all turned out!

You recently played a ten hour open-to-close set at Amsterdam’s legendary Thuishaven. Do you see the special connection with your Dutch fans? Can you see this concept being pursued outside of your hometown? If so, where?
I’ve always loved playing in The Netherlands, because we have such a vibrant and amazing scene, but early on my career took off in other countries more than in my own. I feel like that has changed a bit though in the last two or three years, and being able to play the 10 hour set at Thuishaven, which incidentally was the longest set I’ve ever done, was really amazing. I’ve done a lot of open to close sets around the world, most recently a seven hour one in Buenos Aires; I’m definitely all for bringing that vibe to other places. I don’t have any specific dates or places in mind yet, but rest assured I’m working on it!

Blockbuster movie soundtrack composer, electronic producer, and musician. Your studio must be smashing. What’s an average day for you in the studio? What is your favorite ‘toy’ these days? How did you build your studio – what you must have in there, and so on?
Studio days for me are usually from about nine in the morning until six in the evening. I rarely make music in the evenings. Lately I’ve been so busy with traveling that I’ve hardly had time to make music at all, so I’m currently in the process of starting to produce music more on the road. I never really got into that, but I feel it’s necessary right now. I’ve got a lot of nice outboard stuff in the studio and a lot of synths as well. It’s a collection of gear that I’ve acquired over the years, I think my first piece of kit goes back to 2001 or maybe even just before that. My modular is my favorite by far. A lot of the tracks on ‘Moments Of Clarity’ have one or more themes that were made on the modular. My current plan is to start with ideas and tracks on the road, and then replace sounds and mix the track when I get back to my studio at home.

From studio to touring, after some years of experience, how do you stay mentally and physically fit between the two? What do you like while being on the road versus being at home in your studio? How do you pull it all together?
I think it’s all about trying to stay healthy. So I try not to drink too much and not on weekdays. I work out three times a week and my studio at home is a standing studio; I don’t want to sit down all day long. I try to keep that up when I travel so I always pack gym clothes and I try to eat well and get enough rest. It’s the only way you can do this work for a longer period, because all the traveling definitely adds up. You have to try and make every hotel and every place where you stay your own a bit, so I always travel with a collection of stuff that I feel comfortable with. My voice recorder, GoPro, laptop and external hard disk with sample libraries, they all go with me on all trips so I can just continue the work I started with at home. And I occasionally pack a Nintendo Switch just to relax.

New album, studio, and label. What does 2019 hold for you?
I’m starting with my live show in 2019. It’s based off of two Pioneer DJS-1000 samplers and some external gear. I’m playing parts of the tracks live on stage and I’m remixing them on the go too. It’s something that I have been wanting to do for a really long time and I’m excited to start with it next year. Slightly nervous as well, but in a good way!