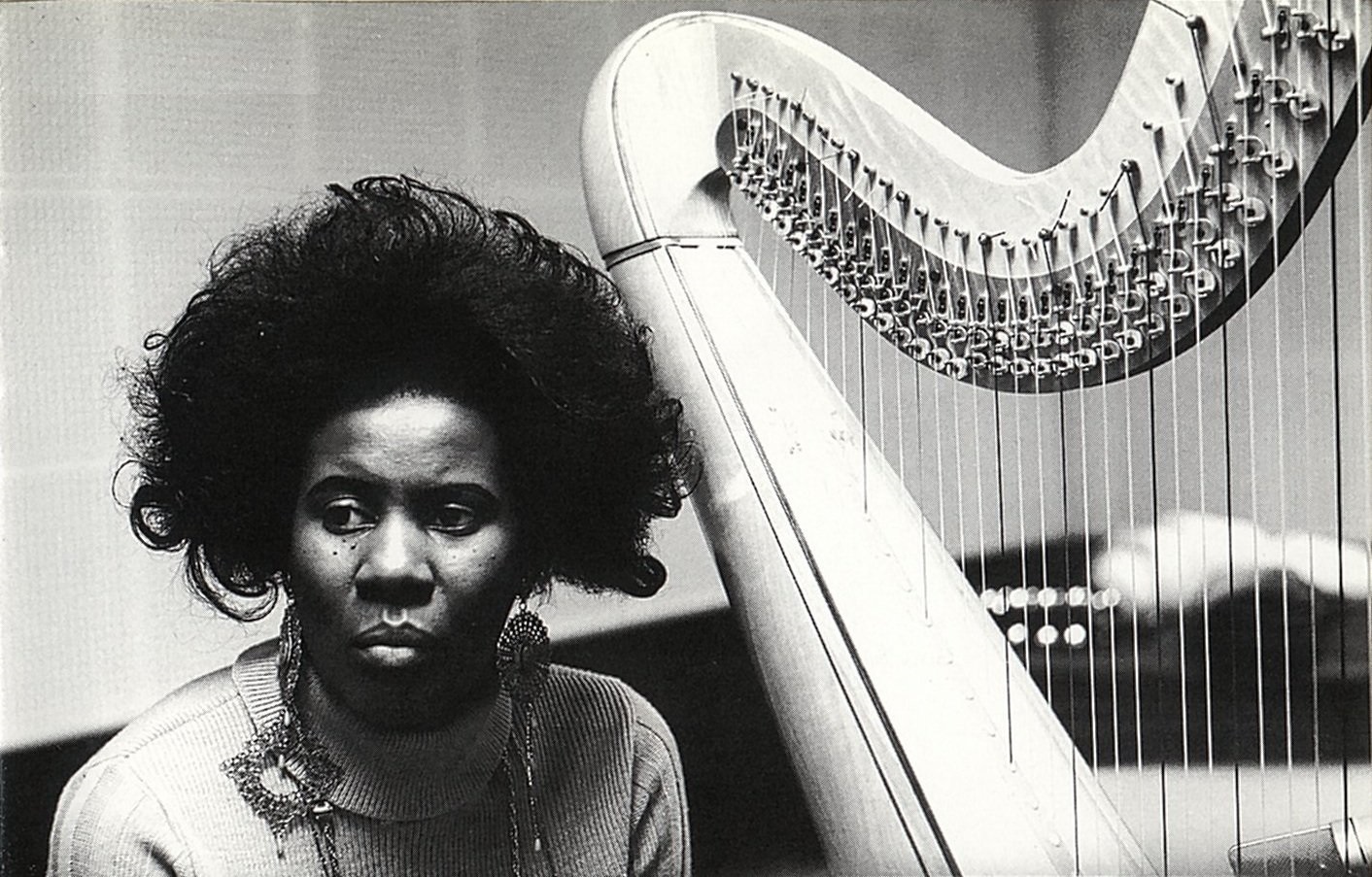 When we speak of women in Jazz, we often draw the link to great singers who left their mark in the industry, such as Ella Fitzgerald, Billie Holiday, Etta James and Nina Simone, only to mention a few, even though there have been a decent number of instrumentalists.
Women have been involved in Jazz since its inception, but sadly their achievements are not as well known as of their male counterparts’. Musicologist Ingrid Monson points out that the piano, one of the earliest instruments that women played in jazz, allowed female artists a degree of social acceptance.
In jazz’s early years, female instrumentalists usually formed all-women jazz bands or played in family-based groups. Stepping up into the professional jazz world was indeed a difficult venture for many women.
The most famous to emerge from that era was the legendary Mary Lou Williams. Her talent was so strong, she was embraced by the jazz establishment as “one of the guys” and her harmonic and melodic abilities were so advanced, she had a marked influence on many of the early bebop giants, including Dizzy Gillespie and Thelonious Monk.
But Mary Lou Williams’ acceptance as a female jazz instrumentalist was unfortunately an exception to the rule. There were many outstanding women jazz players such as trumpeter Clora Bryant and saxophonist Vi Redd who never received the kind of recognition that Williams had.
That said, this first playlist from a set of many will be shedding more light on the remarkable legacy that female instrumentalists have left in Jazz.

Dolly Jones (1902 – 1975), also known as Doli Armenra and Dolly Hutchinson, was a jazz trumpeter and cornetist who played in bands across the United States.

Jones was the first trumpet player who recorded a jazz record. She was involved in two recording sessions: in 1926, Albert Wynn’s Gut Bucket Five (including with Barney Bigard) and 1941 in the Stuff Smith Sextet.
She played Miss Watkins, “a little girl from Birmingham”, a trumpet player in Oscar Michaux’s 1936 musical film Swing! She was credited as “Doli Armena”. She has no speaking role in the film, but makes several cameo performances as a trumpeter, playing the songs “I May Be Wrong (But I Think You’re Wonderful)” and “China Boy”.

2. Valaida Snow
Snow (1904 – 1956) was an African-American jazz musician and entertainer.
Raised on the road in a show-business family, she learned to play cello, bass, banjo, violin, mandolin, harp, accordion, clarinet, trumpet, and saxophone at professional levels by the time she was 15.

After focusing on the trumpet, she quickly became so famous at the instrument that she was named “Little Louis” after Louis Armstrong, who used to call her the world’s second best jazz trumpet player besides himself. She played concerts throughout the USA, Europe and China. From 1926 to 1929 she toured with Jack Carter’s Serenaders in Shanghai, Singapore, Calcutta and Jakarta.
Her most successful period was in the 1930s when she became the toast of London and Paris. Around this time she recorded her hit song “High Hat, Trumpet, and Rhythm”.

Lil Hardin Armstrong (1898 – 1971) was a jazz pianist, composer, arranger, singer, and bandleader. She was the second wife of Louis Armstrong, with whom she collaborated on many recordings in the 1920s, knowing she was the one who encouraged him to embark on a solo career.

Her compositions include “Struttin’ with Some Barbecue”, “Don’t Jive Me”, “Two Deuces”, “Knee Drops”, “Doin’ the Suzie-Q”, “Just for a Thrill” (which became a major hit when revived by Ray Charles in 1959), “Clip Joint”, and “Bad Boy” (a minor hit for Ringo Starr in 1978). Her composition “Oriental Swing” was heavily sampled to create Parov Stelar’s 2012 retro-song “Booty Swing”.

“Sweet Emma” Barrett (March 25, 1897, New Orleans, Louisiana – January 28, 1983) was an American self-taught jazz pianist and singer who worked with the Original Tuxedo Orchestra between 1923 and 1936, first under Papa Celestin, then William Ridgely. She also worked with Armand Piron, John Robichaux, Sidney Desvigne, and the Preservation Hall Jazz Band.
She was nicknamed Bell Gal because she wore a red skull cap and garters with Christmas bells that jingled in time with her music. She was featured on the cover of Glamour magazine and written up in publications on both sides of the Atlantic. When the Preservation Hall Jazz Band began to “hit the road”, she took it on international tours. Barrett toured in the United States as well, including a stint at Disneyland in 1963.
Despite the popular exposure she received at concerts and overseas appearances, Barrett continued to feel most comfortable in her native New Orleans, especially the French Quarter.
Barrett suffered a stroke in 1967 that paralyzed her left side, but she continued to work and occasionally, to record, until her death in 1983.

Sweet Emma Barrett – A Good Man Is Hard To Find

Wilhelmina Goodson, known professionally as Billie Pierce (1907 – 1974), was an American jazz pianist and singer. Pierce began playing professionally at the age of fifteen. Some accounts claim she toured with Gertrude “Ma” Rainey but other sources state she accompanied Ida Cox during this period. She played piano with Bessie Smith for two weeks at the Belmont Theater in Pensacola, Florida in 1922. In 1929 she temporarily substituted for her sister, Sadie in Buddy Petit’s band on the SS Madison in New Orleans. Later in the decade she played in the bands of A.J. Piron, Alphonse Picou, Emile Barnes, and George Lewis.
In the 1930s, she performed with the Mighty Wiggle Carnival, Joe Jesse’s orchestra, and her own touring review. She performed at the Blue Jay Club, where she met the trumpeter De De Pierce; they married in 1935 and led their own ensemble.
Billie Pierce & DeDe Pierce – Eh La Bas

Cora “Lovie” Austin (September 19, 1887 – July 8, 1972) was an American Chicago bandleader, session musician, composer, singer, and arranger during the 1920s classic blues era. She and Lil Hardin Armstrong are often ranked as two of the best female jazz blues piano players of the period.
Austin led her own band, the Blues Serenaders, which usually included trumpeters Tommy Ladnier, Bob Shoffner, Natty Dominique, or Shirley Clay on cornet, Kid Ory or Albert Wynn on trombone, and Jimmy O’Bryant or Johnny Dodds on clarinet, along with banjo and occasional drums. The Blues Serenaders developed their own unique sound within the jazz genre. They strayed away from the typical jazz band paradigm. Austin worked with many other top jazz musicians of the 1920s, including Louis Armstrong while she was also a session musician for Paramount Records.

Jeanette Kimball (18 December 1906 – 28 March 2001), née Jeanette Salvant, was a classically trained American jazz pianist who played in jazz bands for more than 70 years, mostly in New Orleans. She received the Black Men of Labor Jazz Legacy Award in 1998.
She played in the course of her 70-year-long career in traditional jazz bands, first in 1926 in a “Society” dance band, Papa Celestin’s Original Tuxedo Orchestra, with whom she went on tour in the southern United States. In 1929, she married the banjo- and guitar player Narvin Kimball, who also belonged to Papa Celestin’s band. In 1935 she left the band to raise their children. After her divorce, she used the name Kimball further and started her career anew in the mid-1940s. Among other things, she worked with Buddy Charles, Herb Leary and Sidney Desvigne.
In the field of jazz, Kimball worked between 1953 and 1991 with 72 recording sessions, among others with Alvin Alcorn, Paul Barbarin, Papa Celestin, Punch Miller and Johnny St. Cyr.

Mary Lou Williams (born Mary Elfrieda Scruggs; May 8, 1910 – May 28, 1981) was an African-American jazz pianist, composer, and vocalist. She wrote hundreds of compositions and arrangements, and recorded more than one hundred records (in 78, 45, and LP versions). Williams wrote and arranged for such bandleaders as Duke Ellington and Benny Goodman, and she was friend, mentor, and teacher to Thelonious Monk, Charlie Parker, Miles Davis, Tadd Dameron, Bud Powell, Dizzy Gillespie, and many others.

Her final recording, Solo Recital (Montreux Jazz Festival, 1978), three years before her death, had a medley encompassing spirituals, ragtime, blues and swing. Other highlights include Williams’s reworkings of “Tea for Two”, “Honeysuckle Rose”, and her two compositions “Little Joe from Chicago”, and “What’s Your Story Morning Glory”. Other tracks include “Medley: The Lord Is Heavy”, “Old Fashion Blues”, “Over the Rainbow”, “Offertory Meditation”, “Concerto Alone at Montreux”, and “The Man I Love”.

In 1981, Mary Lou Williams died of bladder cancer in Durham, North Carolina, aged 71. She was buried in the Roman Catholic Calvary Cemetery in Pittsburgh. Looking back at the end of her life, Mary Lou Williams said, “I did it, didn’t I? Through muck and mud.” She was known as “the first lady of the Jazz Keyboard”. She was one of the first women to be successful in Jazz.

Alice Coltrane (née McLeod, August 27, 1937 – January 12, 2007), also known by her adopted Sanskrit name Turiyasangitananda or Turiya Alice Coltrane, was an American jazz pianist, organist, harpist, singer, composer, swamini, and the second wife of jazz saxophonist and composer John Coltrane. One of the few harpists in the history of jazz, she recorded many albums as a bandleader, beginning in the late 1960s and early 1970s for Impulse! Records and Universal Distribution.

Hazel Dorothy Scott (June 11, 1920 – October 2, 1981) was a Trinidadian-born jazz and classical pianist and singer; she also performed as herself in several films.
Born in Port of Spain, Hazel was taken at the age of four by her mother to New York City. Recognized early as a musical prodigy, Scott was given scholarships from the age of eight to study at the Juilliard School. She began performing in a jazz band in her teens and was performing on radio at age 16.
She was prominent as a jazz singer throughout the 1930s and 1940s. In 1950, she became the first black woman to have a TV show, The Hazel Scott Show, featuring a variety of entertainment. Her career in America faltered after she testified before the House Un-American Activities Committee during the McCarthy era. Scott subsequently moved to Paris in the late 1950s and performed in France, not returning to the United States until 1967.
Throughout the 1930s and 1940s, Scott performed jazz, blues, ballads, popular (Broadway songs and boogie-woogie) and classical music in various nightclubs. From 1939 to 1943 she was a leading attraction at both the downtown and uptown branches of Café Society. Her performances created national prestige for the practice of “swinging the classics”.
She was the first African-American to have their own television show, The Hazel Scott Show, which premiered on the DuMont Television Network on July 3, 1950. Variety reported that “Hazel Scott has a neat little show in this modest package”, its “most engaging element” being Scott herself.