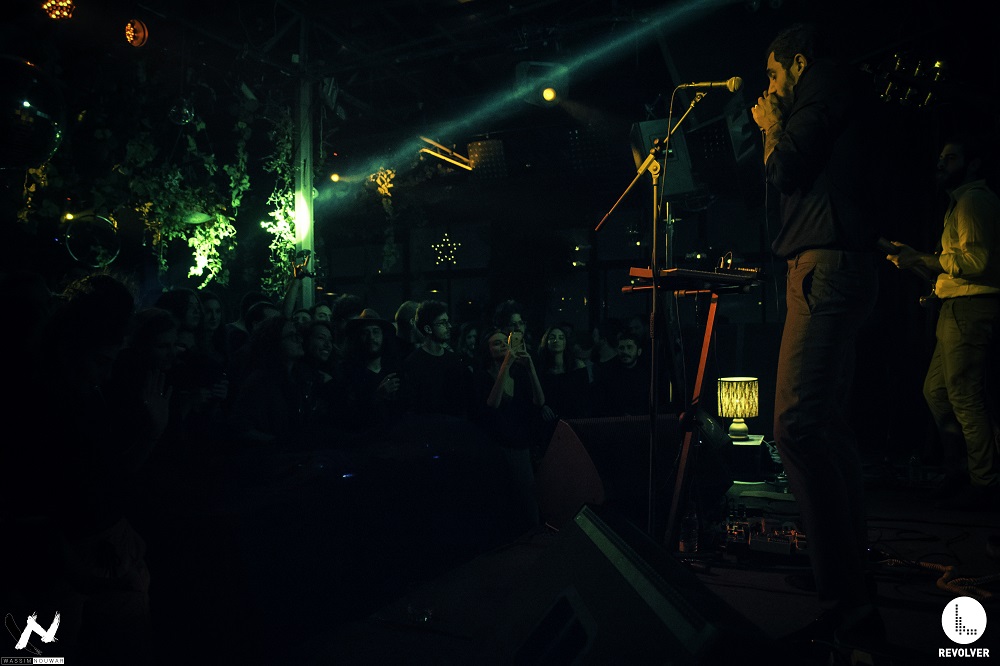 Ten Moments of Rock’n’Roll History: The Wanton Bishops Live at The Grand Factory

The Grand Factory was in for a different taste of quality music last week. It was home for The Wanton Bishops’ much awaited gig in Beirut. Mystified by the rising smoke and dimmed lights, The Bishops began their setlist with Whoopy Intro warming up the crowds with a tense blues introduction.

Enchanting, enthralling was seeing the boys for the first time in Beirut after a very long while; something acknowledged by lead singer Nader Mansour who admitted they’ve been stingy with their Lebanese audience.

The Bishops’ ability to put on a show is inarguable. They’re as much as fun to watch as they are to listen to. They dominated the stage with an outburst of energy, crowd control and musical mastery. Beginning with their older songs and then playing music from Nowhere Everywhere, the show crescendoed into a loud musical conversation between the band and the audience’s chants. This made witnessing the boys’ experiments live even more interesting and appealing.

With the word “fusion” being so overused and abused with Lebanese artists trying to create a cool mixture between oriental and occidental, The Wanton Bishops pulled it off with flair. You end up organically head-banging and shaking your hips especially when the multi-talented Mansour picks up his oud to play a new song, Run Run. You also end up somewhere down the Mississippi when he picks up his harmonica to play their original sound.

Somewhere in the middle of the show, Mansour revealed that Eddy, co-founder of The Wanton Bishops, is on a flight back to Lebanon and might be able to make it to The Grand Factory for the last couple of songs. The audience is left eager waiting to get a glance of what the band used to be.

A few songs later, it was time for the final song. Eddy hadn’t arrived but that was okay as the song was Sleep with The Lights On, a fan favorite. The music went on, and when it stopped, the crowd didn’t. They went on singing “aahh ahh ah” until The Bishops resumed the song and gave their audience what they deserved.

With their attire a clear manifestation of their music, The Wanton Bishops’ performance was a dapper rock show, though short-lived.

We collaborated with photographer Wassim Nouwar to take 10 iconic photographs of the Bishops, to archive an important moment in the history of rock’n’roll’s evolution.

We can’t wait to check out what this ever-evolving band has next in-store for us.