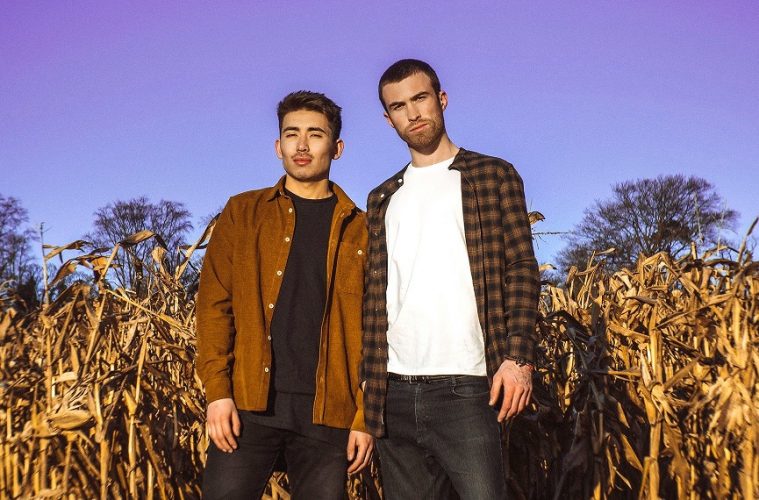 The article was written for Revolver by Duncan Anderson.

Who is Panta Ray?

The phrase πάντα ῥεῖ (panta rhei) “everything flows” is a quote from the pre-Socratic Greek philosopher, Heraciltus. Bagdat said the idea for the name was inspired by his landlord in Berlin.

“I was like, fuck, that’s a really good name for a song or something,” Bagdat said.

“The funny thing is, it’s not spelt like that.”

There’s a 70’s psych rock band from Hungary called Panta Rhei and after Bagdat emailed them to see if it was okay to use the same name, they declined. “They’ve sold like, millions of records, so I said I’ll change it… but not much,” Bagdat said. Watson, who resides in Rivoli, Italy, started playing music at 15. “I guess I had an ear for music. My dad sings and is very musical. The first time making songs with Bagdat was at his mom’s house,” Watson says.

“We’ve been friends forever. He moved to Wales when he was 11 or 12 and we were best friends immediately, and have been best friends since then. Sometimes we hate each other, kind of like brothers, but these days it’s been good. We realized this project is more important than our egos. Where it’s like, music has brought us together again.”

While Watson uses Logic Pro at home in Rivoli, Bagdat uses Ableton from his bedroom in London. They bounce everything down to stems, send the stems back and forth to each other, and get the best of both types of hardware and software for music production. What is the EP about?

Waiting On You, which is Panta Ray’s first EP, is about the relationships we stumble upon that we aren’t expecting, but that we roll with anyways. Waiting On You is an attempt to capture the story of a special someone who walks into your life “and you’re like hey, I really like this person,” Bagdat says.

Track number one, Waiting On You (feat. Leon Bluer), speaks to the first stage of a relationship where “you’ve finally met the person you didn’t know you were waiting for,” Watson said. “You meet them an the sparks fly.”

Leon Bluer is a friend of Tim’s in Italy.

“When we collaborate with him, it meshes really easily,” Bagdat said. “His music theory is deep, whereas ours is more in textures – making synths and sounds. When he came along and blended his together, the first title track was made in a day. That’s crazy. So we just made loads of songs afterwards.”

The other track Bluer is featured on is Eastside Love. “He jumped in with the chords and we had the idea of what we wanted – like an upbeat, very warm-feeling song,” Bagdat said. It’s the part of the relationship “where everything is fresh, everything is exciting, and afterwards, we sent it to Sitkah, explained to her the idea and she got it straight away.”

“We worked with her on Supreme. Fucking hell her voice is crazy, hazy and really chill and laid back. That’s the sound I was looking for so once we got her onto Supreme and the reception we got on it was good, it was a no brainer to follow up with her. She’s really quick to write lyrics and very responsive,” Bagdat said.

Where is the ‘East Side’ in Eastside Love referring to?

“The videos you see in Thailand and Vietnam, for example. I had this image of like, you know when you first meet a girl and it’s the honeymoon phase? You’re excited to get to know her. You’re both like, feeling yourselves… I kinda had that feeling where you take that and the excitement of traveling with someone you are recently getting to know. It just heightens everything, on top of the feeling of everything, it’s exciting it’s beautiful. Afterwards, on top of that, you’re in an amazing place, traveling together through Thailand with blue waters. You can be doing anything. I Just had this feeling… this ultimate feeling of adventure,” Bagdat said.

In a way, the EP is about revisiting old memories, as if they were in an abandoned part of your brain, Bagdat explained. “It’s like fragments of memory floating in the air, and it doesn’t matter what you find, they’re just memories. The past is the past, and there is no conclusion. It ends without a punchline.”

Panta Ray has left out the painful aspects of relationships in Waiting On You. Instead, the pair focus on the supposed first four stages – meeting someone you didn’t know you were waiting for, getting physical with each other, falling in love, and then becoming dependent.

“It is about a person,” Watson says. “But i suppose it could represent anything.”

Whether leaving out the challenging, less romantic aspects of relationships was intentional or not in the theme of the EP, it’s impossible to sustain the honeymoon phase forever. And so time will tell if Panta Ray’s sound will outlast the novelty and evolve into something deeper.

You can access and listen to the EP at the following link, depending on your favorite listening software: http://hyperurl.co/jhnwha

Waiting on You on Spotify: