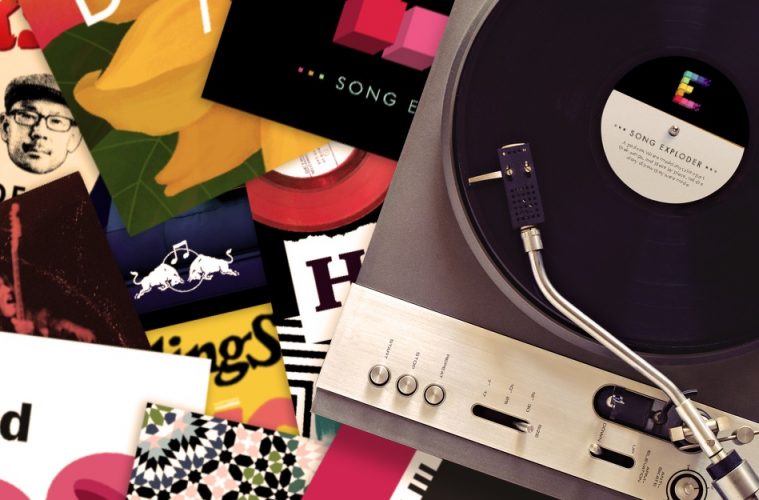 10 Music Podcasts to Tune Into

There’s a podcast for just about every topic these days, and music is certainly no exception.

While there are lots of podcasts out there that broadcast playlists of curated music (not that there’s anything wrong with those), there are plenty that go beyond the music itself, and feature artist interviews, critical analysis, news, history, stories and much more, all revolving around music.

So without further ado, here’s a list of music podcasts you ought to give a listen.

On “Song Exploder”, host Hrishikesh Hirway has an artist blow up one of their songs. The bits and pieces are then examined and discussed, leading up to the final assembled product at the end of the episode. It’s the closest you’ll get to being inside the studio, or even the mind, of some of your favorite artists.

While “Song Exploder” breaks down a single song into its smallest fragments, “Dissect” does that but for an entire album. Hosted by Cole Cuchna, each season of “Dissect” focuses on analyzing and interpreting one seminal modern album, discussing its narrative, themes, composition, and much more. Albums previously covered on the podcast have included Kendrick Lamar’s “To Pimp a Butterfly”, Kanye West’s “My Beautiful Dark Twisted Fantasy”, Frank Ocean’s “Blonde”, and Lauryn Hill’s “The Miseducation of Lauryn Hill”. Its latest deep dive is into Tyler, The Creator’s “Flower Boy”.

While a large subset of listeners may be quick to dismiss modern day pop music as simplistic and shallow, the podcast “Switched on Pop” would beg to differ. Each episode finds musicologist Nate Sloan and songwriter Charlie Harding discussing a significant pop song of the moment, studying a larger musical trend, or even looking back at pop music of the past and tracing its influence on the current musical landscape.

Whether it’s talent, luck, or just good timing, there’s always a story behind the hit. Hosted by pop chart analyst Chris Molanphy,  “Hit Parade” examines music history through the lens of the charts, with occasional music trivia episodes as well.

You can stream the episodes through this link.

“Rolling Stone Music Now” isn’t an audio version of the iconic music magazine, it’s more like listening to its writers and editors have a casual chat. Episodes range from roundtable discussions around music trends of the moment to deep dives into significant topics, along with artist interviews.

Red Bull Music Academy’s “Couch Wisdom” podcast puts you in the crowd at one of their world famous artist lectures. Since 1998, Red Bull has been organizing its Red Bull Music Academy workshops in cities across the world. These workshops bring together aspiring artists for a chance to meet, jam, collaborate, and receive some words of wisdom from guest lecturers,
who are often seasoned professionals, artists and producers from all genres and backgrounds.

Each of us has a unique personal connection to an album. On “Heat Rocks”, music writer Oliver Wang and music supervisor Morgan Rhodes invite guests to talk about one particular album that they hold in high regard. Give it a listen, you might just see one of your favorite albums in a new light, or maybe even gain a deeper appreciation for an album you’ve previously written off.

The music world is full of iconic stories of struggle, triumph, and defeat. But some of the most interesting stories remain untold. Currently hosted by music journalist and author Jessica Hopper, “Lost Notes” aims to tell some of those obscure stories, like the story of the Folsom Prison inmate who Johnny Cash tried to make a star, or the story of The Shaggs, the three sister band who some have dubbed the worst band of all time.

Why stop at pop and rock for your obscure music story fix? Hosted by classical pianist Jade Simmons, “Decomposed” uncovers some of the many fascinating tales hidden in the world of classical music.

Hell, why stop at the Western world for your obscure music story fix? Produced by Ma3azef in collaboration with Sowt, the Arabic language podcast “Dom Tak” focuses on the seldom told stories of Arab female artists, complimented by exhaustive research and music and interviews dug up from deep within the archives.

Got any favorite music podcasts I didn’t mention? Share your personal picks in the comments, or start a conversation in the Lebanese Podcast Club, a group for local podcast lovers to discuss what they’re listening to, share what they’re making, and get weekly curated recommendations.