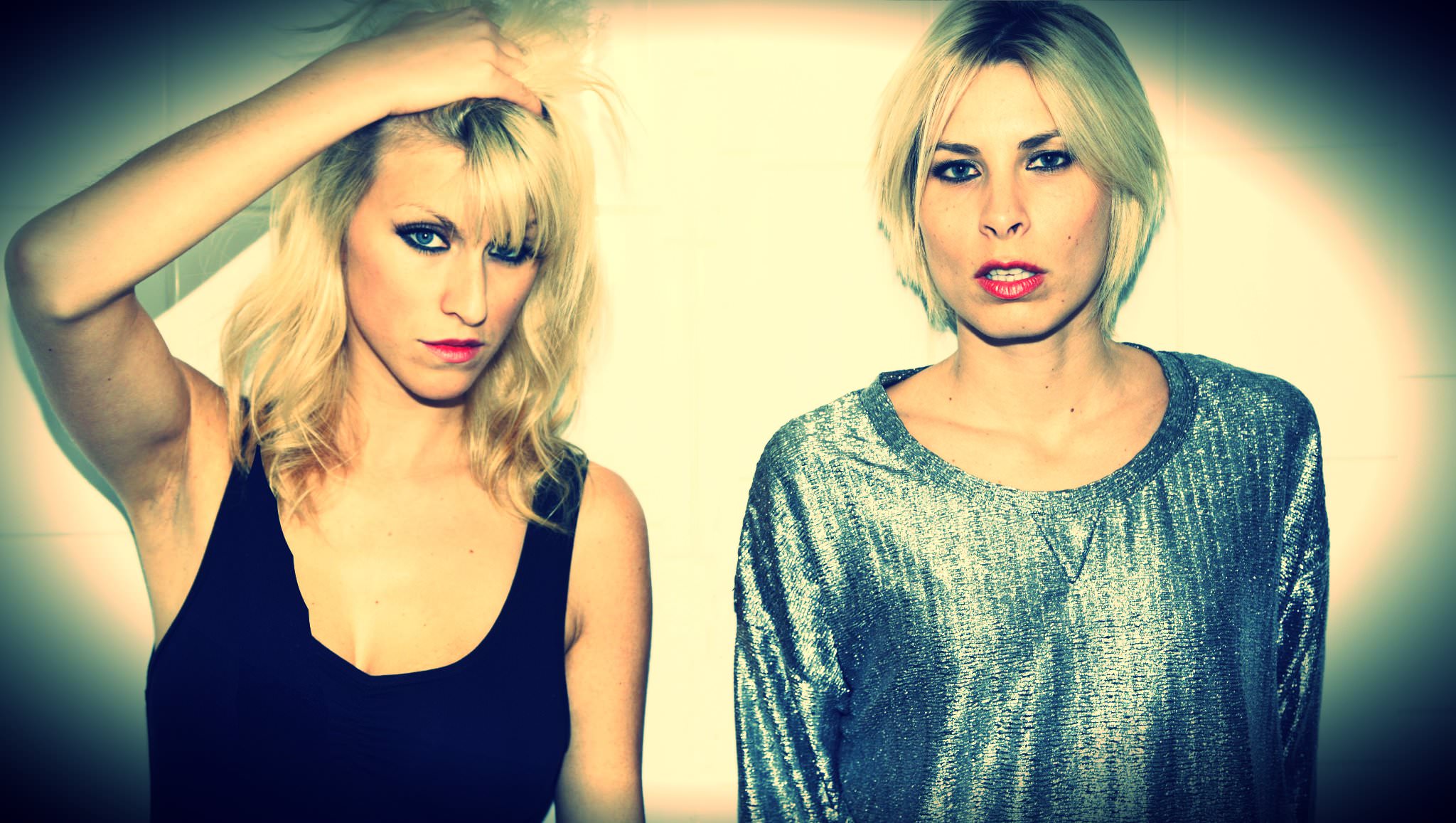 10 Extraordinary Female DJs to Keep on Your Map

In light of today’s controversial news in regards to remarks made by a German DJ about women in the electronic music scene, Revolver decided to pay tribute to 10 DJs who proved that this is not only a man’s world.

Francesca Lombardo has cultivated a sound of her own, one that is representative of her multi-disciplinary musical background and transcends the dance floor via an emotional narrative of dreamy soundscapes, stirring melodies, hypnotic rhythms, and unforgettable vocals. Italian-born and classically trained, Francesca carved her own path in electronic music, criss-crossing the globe as a DJ and live performer, whilst building up a formidable back-catalogue of music.

Relentlessly pushing boundaries, her live set which incorporates a group of instrumentalists to compose and conduct intricate productions, as well as her knack as a DJ to combine captivating rhythms and melodies with dramatic stories, are clear examples of this, furthered still by her striking vocals that wash over crowds with waves of emotion.

Over the past few years, Miss Kittin has become one of the most inspiring DJs and voices to emerge within the electronic music scene. Alongside long-time production partner The Hacker, tracks such as ‘Frank Sinatra’ and ‘1982’ propelled them into the spotlight, whilst further collaborations with fellow feline Felix Da Housecat’s ‘Silver Screen (Shower Scene)’ and ‘Madame Hollywood’, Golden Boy’s ‘Rippin Kittin’, Sven Väth ‘Je T’aime’, Steve Bug, Antonelli Electric and T.Raumschmiere – to name a few – have confirmed Miss Kittin’s star billing status. She released her debut solo artist album ‘I Com’ in 2004, that showed her spreading her wings with jacking Chicago House, distorted punk attitude, skanked-up Dub and Electronic Pop as the singles ‘Professional Distortion’, ‘Requiem For A Hit’ and ‘Happy Violentine’ so aptly displayed. The heavily-accented deadpan delivery over techno beats that established her notoriety on previous recordings has been unseated by a desire to sing, to scream, to rap and to croon, all of which she manages to do with ample helpings of sly wit and wordplay and a musical landscape that incorporates both brazen beats and intoxicating atmospherics. However for all her releases and collaborations Kittin’s first and main love remains DJing.

Kammy is a major reference among Brazilian techno DJs and remains one of the few DJs that has gained a reputation solely due to skills and music selection on the decks without achieving a career as a producer. She has been at the forefront of the underground electronic scene in Brazil for many years, and her skills have taken her around the globe over the past decade, including tours of Asia, Latin America, and numerous tours of Europe with club and festival performances across the continent. Kammy stands by deep musical research and precise technique, her remarkably versatile sets, blend genres from techno in its many forms and variations, to electro, acid and full industrial EBM. This, combined with her fast, furious, but tight mixing, create a perfect atmosphere on the dancefloor. “I never limit myself to one style. A quality sound, with attitude, and always dance floor orientated are what I try to convey in my sets”, explains Kammy.

They got their kickstart into the music world after they claimed the World Air Guitar Championship title in Montreal in 2008. Since then, it’s been a whirlwind of gigs, music releases and a never ending mission to spread love and expand consciousness through music. As members of the notorious Kompakt and Get Physical families along with a slew of other labels, Anstascia and Vivie-Ann have carved out a niche thanks to their dark, sensual club music, sultry DJ sets and outrageous, fun-loving attitude.

After years as a promoter – first in her native Lebanon, then in London – and a long self-apprenticeship in her studio, Nicole burst onto the scene like record-wielding Athena. Carl Cox, a close friend and mentor, tipped off DJ Mag in 2009, calling her “the most underrated DJ.” Four years later, Ms Moudaber is no longer waiting in the wings.

Nicole Moudaber is an event promoter, record label founder, radio host, and one of the most passionately followed DJ/producers in the world. The one-woman army is marching her muscular take on techno all over the globe, winning fans not only with her music, but her way of being, that’s at once uncensored, inclusive, and fierce.

With her trademark shock of untamed dark hair, the Nigeria-born artist can be spotted in a DJ booth by profile alone, rocking crowds before she even drops a record. In-demand all over the world, Moudaber has played everything from intimate after-hours clubs; to revered nightclub institutions like Space, DC10, Output and Stereo; to massive festival stages, including Glastonbury, Electric Daisy Carnival, and two appearances at Coachella. She’s been featured by the New York Times and CNN, named “one to watch” by Billboard and Paper magazine, and has graced the cover of electronic music magazines in several countries. Her weekly radio show InTheMOOD – which Moudaber hosts with her unmistakable husk-and-honey voice – is syndicated on 66 FM stations in 45 countries, commanding over 15 million listeners

Ellen Allien is shaping, supporting, stimulating, forming and foremost moving to the electronic music universe. She is famous for her eclectic DJ sets, where she combines perfectly a wide range of styles. As a Berlin girl, she got something that not many colleagues of her can call their own: a dynamic, freedom loving hometown with a vibrant club and party scene, that supports and forms her passion since decades. As a DJ, musician, producer, label-manger and creative all-rounder, she inhaled all her encounters with the electronic music culture deeply and carved her very own space while creating a one-off artistic universe.
After growing a global reputation as a DJ and producer of mid-nighties Acid, Minimal and Techno, she launched her label BPitch Control in 1999 in Berlin and transformed it into a hub of techno, house and other electronic sounds from beyond. Additionally, she acts out her other devotion and designs t-shirts and cloth for her label, too. During all that time, airports, planes, and clubs been her second home and she lived the life of an international demanded DJ, that got strong followers all around the globe.

It took tINI only a few years of playing in clubs to become one of Germany’s most highly acclaimed female artists in techno and house music.

Her involvement with rhythms and beats started at the age of 7, when tINI, who is originally from Munich, began playing drums, while the curiosity and passion for sounds finally led her to first production attempts on her brother’s Atari. While her general interest in music has been aroused by new romantics, wave and grunge, her first DJ adventures started with underground hip hop to rap. As her interest, knowledge and skills developed, her DJ style became more electronic when she stumbled upon Moodymann’s “Amerika”.
As tINI’s life is ruled by magic moments and deep acquaintanceship, her first longplayer has been named after her best friend “Tessa”, who was the first person to introduce her to the colourful, sometimes dreamlike world of Ibiza, where tINI spent the summer of 2010 and produced a majority of her album. It’s a musical documentation of an influencing stage of life, inspired by a chaotic but at the same time peaceful island and special people she met there and who can even be heard in many of the tracks.

Ida began her career when she was 18. After filling in for another DJ, she got a regular night at a club. Later she went to work at the Spy Bar, one of the most famous clubs in Stockholm. This was her big break. From that time she has worked with Roger Sanchez, John Dahlbäck, Sebastian Ingrosso and Eric Prydz. She was also a DJ at the Cocktail Club, again in Stockholm.

The first single she released is Disco Volante along with the Icelandic singer Björk. The song was a hit in the Netherlands, Belgium and Germany in the summer of 2007. In 2008, Sébastien Léger remixed the song. This single was released in the spring of 2008. She has played at some of the largest electronic music festivals around the world

Born in Russia, and now a Berlin staple, Nina is probably one of the most recognizable female DJs in the world. Beyond impeccable mixing and selection, she’s also known for deep cuts – finding older, rare tracks that aren’t constantly being rinsed out in clubs around the world. She’s the boss of her own highly successful label, and tours around the world constantly.

Magda’s realm as an artist spans far beyond the typical role played by DJs and producers. With an open mind, Magda will try her hand at whatever feels right: from producing high-quality Tequila to tech collaborations, fashion and art, Magda has created a truly unique, multifaceted expression of herself.

Born in Poland and raised in Detroit, Magda has soaked up the various characteristics of her surroundings, resulting in a widely-cultured perspective, tuned to see beauty and potential in the most derelict and depressed of places. As a teenager partying in Detroit, it wasn’t long until Magda was fully immersed in the city’s underground scene. In 1998, she was dropped straight into the deep end; she joined Minus and began touring the world as Richie Hawtin’s opening DJ. Whilst this was a perfect platform for Magda to show off her talents and develop a fanbase, it brought with it the constraints of an established reputation. Magda was defined as a DJ under the Minus umbrella, but since has forged her own path.

It was only a sample of Females who kept us dancing from dawn to dawn.