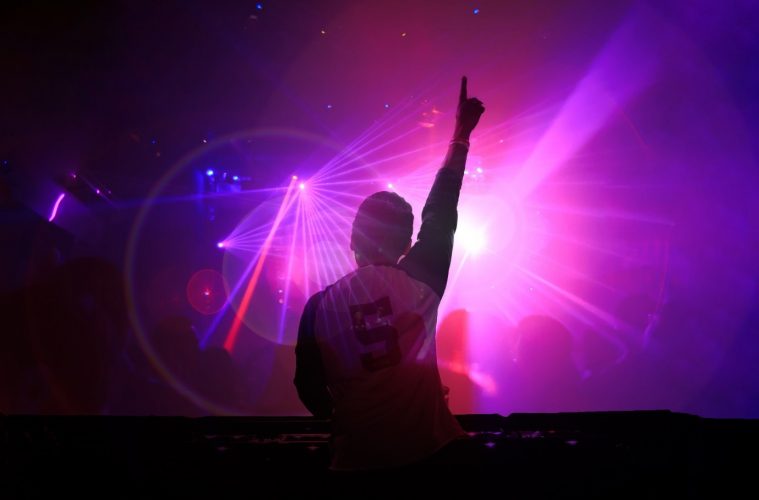 5 Essential Acts to Catch in Las Vegas This Summer

If Las Vegas is famous for something other than just being the gambling mecca of the world it’s for attracting some of the biggest names and brightest stars from the musical firmament. It’s been this way ever since the 1960s when the Rat Pack, led by Frank Sinatra, started playing regular residencies in the city. Hired by casinos to bring in more customers, soon it became the case that people were coming to see the acts first with the gambling as a secondary attraction and, for many, this is still the case today.

And while you might associate Vegas with big and glitzy acts like Britney Spears, Donny and Marie Osmond and Celine Dion, there’s also plenty of quality about. We’ve cherry-picked the finest acts appearing in Vegas below.

If you’ve never heard of the famous guitarist Buckethead then it’s about time you checked him out at the Las Vegas Hard Rock. His real name is Brian Patrick Carroll and he always appears onstage wearing a Halloween style mask with a KFC bucket on top of his head. His distinctive stage presence has created an almost mystical cult around him and this, along with some sublime guitar playing, has earned him a huge following. His music covers a range of styles including metal, blues and prog with virtuoso solos along the way.

But while he performs as Buckethead, he’s probably best known as a former member of  Guns ‘N’ Roses, touring with the band between 2000 and 2004. He’s released an incredible total of over 300 albums over his career – so not many musicians have a back catalogue that’s quite as extensive as his. And if this review of a recent show is anything to go by, his setlist will be pure gold. Also at the Hard Rock, you’ll find the legendary electro rockers Nine Inch Nails. The stopover in Vegas is just part of their ‘Cold and Dark and Infinite’ tour to mark their soon-to-be-released ninth studio album, ‘Bad Witch’. According to frontman Trent Reznor, the tour has been influenced by LCD Soundsystem, which might give you an idea as to what’s in store. ‘Bad Witch’ the band’s first full length album since ‘Hesitation Marks’ in 2013, and the band say it’s the final part of a trilogy which has been preceded by their 2016 release ‘Not The Actual Events’ and 2017’s ‘Add Violence’.

As well as the new songs, the band will undoubtedly be playing lots of hits from the past so make sure to listen out for songs like ‘Ahead of Ourselves’, ‘Play The Goddamned Part’ and ‘Over and Out’. Plus, to make it an even better night still, they’re also being supported by The Jesus and Mary Chain.

Originally from from Coral Springs, Florida, the punk-pop band New Found Glory first came together the mid 1990s led by founder member and singer Jordan Pundik, bassist Ian Grushka and drummer Joe Moreno (since replaced by Cyrus Bolooki – who picked up the sticks soon after the band released their first album) and guitarists Chad Gilbert and Steve Klein.

The band came on the scene during the second wave of pop punk and have been hailed as the godfathers of genre, laying the foundations for many other bands that were to follow including Blink 182. New Found Glory have released a total of nine albums so they’ve plenty of material from across the years that’s sure to get you up on your feet and rocking out.

This latest tour sees them performing one of their liveliest sets yet. They’ll be showcasing songs from their newest album, ‘Makes Me Sick’, when they play at Brooklyn Bowl on Las Vegas Boulevard. Rock on up to the Monte Carlo Hotel and Casino Pavilion to see one of the newest young rappers to make a big splash. Maryland-based Logic built up a massive internet following before signing to Def Jam in 2010. His 2017 album ‘Everybody’ reached the number three spot on the Billboard Hot 100 and Logic released his sixth mix-tape in March 2018. In July he’s also heading out on his ‘The Bobby Tarantino Vs. Everybody Tour’.

Some have described him as “the new Drake” and he’s already had a Grammy nomination for his track 1-800-273-8255 as well as performing at the Grammy Awards ceremony. He says that it was RZA’s work on the Kill Bill soundtrack that first turned him on to rapping and also bows down to the genius of that quintessential Vegas performer, Ol’ Blue Eyes himself.

The famous House of Blues plays host to Seether in July. The trio from South Africa consists of Shaun Morgan (vocals, guitar), Dale Stewart (bass), and John Humphrey (drums). The band specialises in a post-grunge style of heavy metal complete with maximum distortion and brooding tones. Founded in the early 2000’s, it was their 2007 album ‘Finding Beauty In Negative Spaces’ that produced singles ‘Fake It’ and ‘Rise Above This’ which both started to draw in some serious fans.

Now they’re back on tour with a brand new album, ‘Poison the Parish’ and they’re ready to perform it live and prove what an intense, honest and noisy experience seeing them live can be.

While you’re in town… Of course you can’t go to gigs all the time that you’re in Vegas – so you’ll have to find some other things to entertain you too. Luckily you won’t be short of choices.

Probably the most fun you’ll have away from watching your favourite band is at a casino, where you might even win back at least part of the cost of your holiday.

Without doubt, roulette, blackjack and poker are the most popular games in town. That means that on these tables, you’re likely to come up against some stiff competition. One equally fun, and potentially easier way to make a quick win, is by playing craps. It has dozens of wagers available, and can be as simple as betting on one number and either winning or losing on each roll of the dice.

However, that doesn’t mean you don’t have to swat up on the rules and how to play. The more practice you have, the better your chances of a big win – so why not check out this simple but comprehensive craps guide about how to shoot dice? As to where to play, The Cromwell is considered by many to be the best as it’s the only one in the city where you’ll get to play for 100x odds.

Or, if museums are your thing, then here are two contrasting one’s to enjoy. The Mob Museum tells the dark tale of organised crime’s links with the rise of Las Vegas while nothing could be brighter than the Neon Museum just outside town which has a fantastic collection of illuminated signs from over the decades and which is best visited after dark.

So pack up your blue suede shoes, get yourself booked on to a flight to Vegas and we promise there’ll never be a dull moment the whole time you’re there.