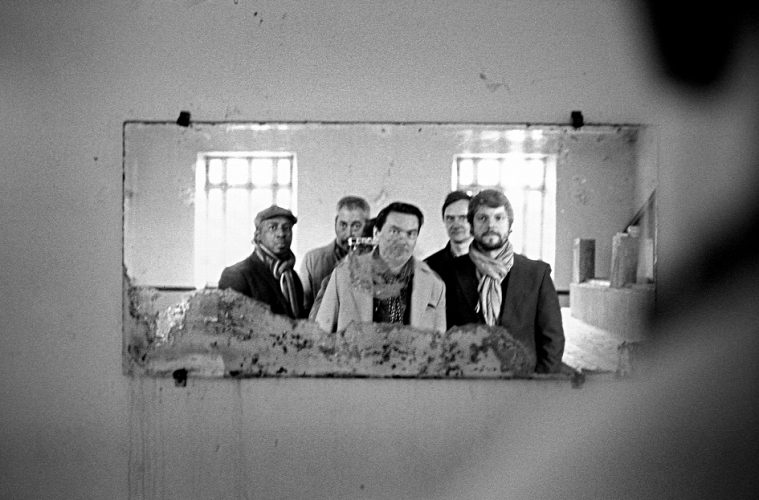 Nottingham, 1991, the members of the band Asphalt Ribbons formed the band we know today, Tindersticks. Over the course of 11 studio albums since their first in 1993, a ground breaking album already mature enough to set the bar high and the strong pace for the long music adventure coming, the band continuously evolved and developed, consistently exploring and exploiting their characterized styles and themes. Never following a trend and never tinted by the industry’s corruption, I can safely say they never released a bad album, each being a timeless, never-out-of-fashion, unique hypnotic trip recognized by their signature sound. Known also for creating soundtracks, their music feels like a background to an endless imaginary abstract movie where the sun never comes up.

A gentlemen in suits band, if you have to, they can be described as an atmospheric orchestral unidentified rock, their sound is elegant, soulful and darkly jazzy mixed with world folk sounds varying from afro beats to mariachi inspirations. Their songs are layered with smoky rich instruments and mysteriously enigmatic storytelling of troubled lyrics. Every song is a personal, intimate and even vulnerable narration about broken loves and broken dreams, memories, regrets and nostalgia, each theme expressed and developed with no taboos and no limits to what is personal or disturbing, sometimes disgusting. And every song is a noir melody full of drama and tension, sung with a soft melancholy full of despair under a mist of erotism. Each song, light or heavy, carries a strongly present weight, it’s a very enigmatic band that I can go on talking about the way your favorite movie reviewer talk about his favorite art-house film, but you would rather get immersed and discover for yourself.

4. Harmony Around My Table

5. If You’re Looking For a Way Out