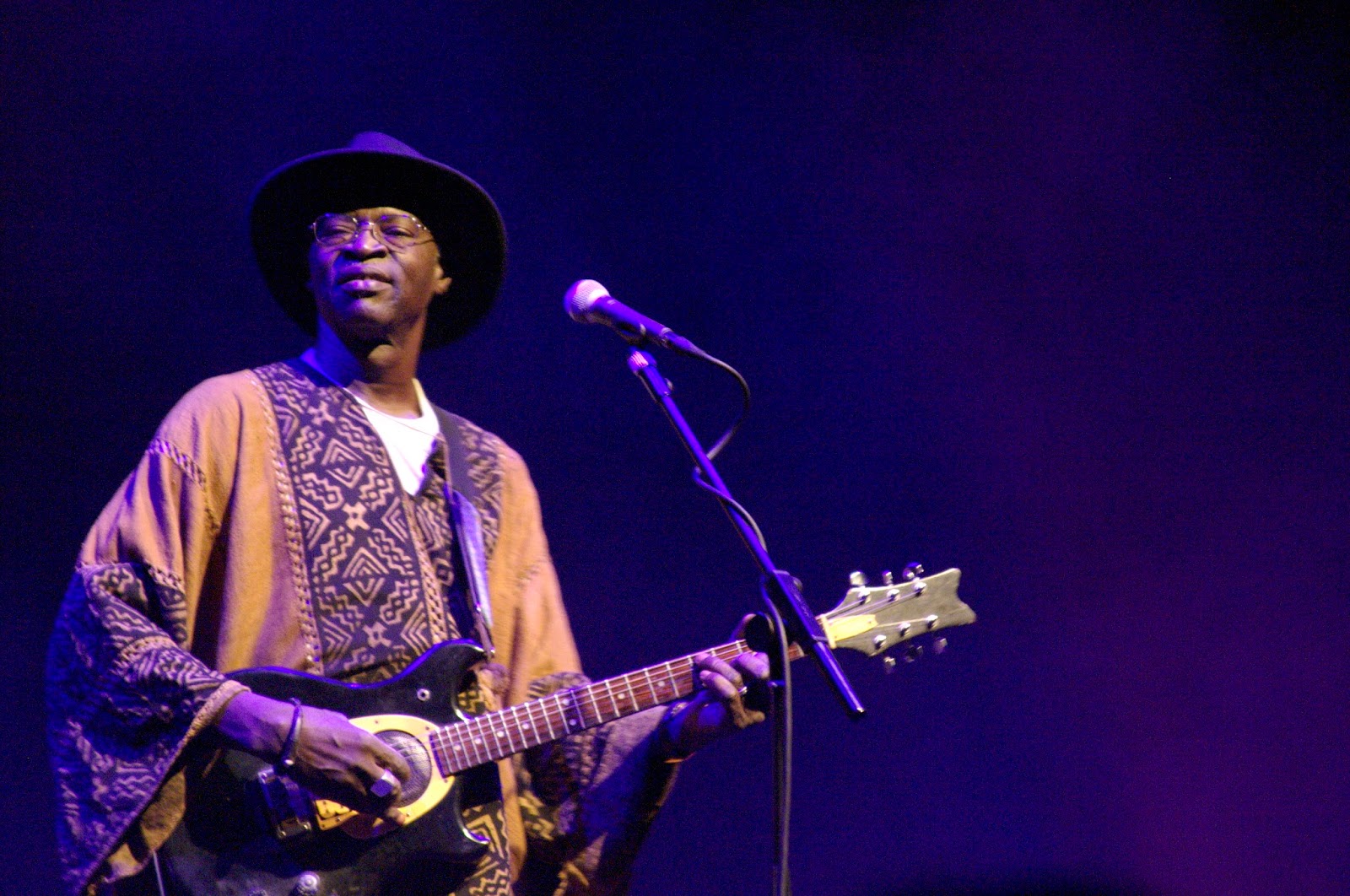 Ali Ibrahim “Farka” Touré was born in a village near the Niger River in Mali. He was his parents’10th child and the first one to live beyond age 10, which got him the nickname “Farka” that translates to “donkey”.
At age 17, Touré, who never went to school, started to compose his own music, using traditional instruments along with a borrowed guitar. Ten years later, he discovers the African American Blues during a trip to the US. Like a revelation, he chooses to mix both cultures and releases his first solo album, “Farka”. After years of tours and international success, Touré decides to retire in his old village where he spends his last days devoted to agriculture. However, this didn’t prevent him from releasing two more albums (one of which with Toumani Diabaté) and winning a Grammy award.
Till this day, Ali Farka Touré remains one of the most appreciated African musicians around the world, leaving behind him the souvenir of a simple, generous and immensely wise man.