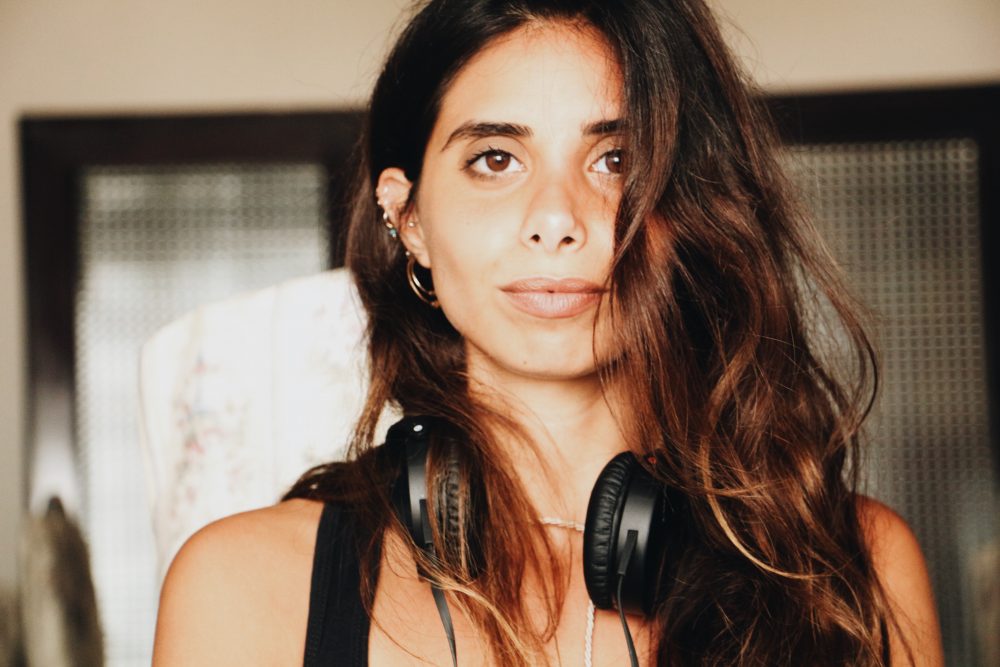 
Sofar Sounds is an international initiative that landed in Beirut at the beginning of this year. It’s an intimate celebration of music and nothing else. We had a chat with Maria Antoun, Sofar W City Leader, to discuss everything Sofar with her, from the decision to bring Sofar to Lebanon to the upcoming collaboration with Amnesty. Here’s how it went:

Tell us the story of Sofar for those who don’t know and what makes it so unique?

Sofar Sounds began in 2009 as a side hobby for three guys, Rafe, Rocky & Dave who were disappointed after attending a Friendly Fires gig in London and being constantly interrupted by audience chatter, the noise of glasses in the bar, from phones being held in the air so they decided to invite some musician friends over to their own living room for a low-key intimate show. Friends heard about this idea and it turned out that many people shared the same frustrations so Sofar became a platform for artists and audiences to come together in a space that is respectful to the performers. This idea was resonated with hundreds people that many cities started their own Sofar chapters. Now, we are in 380 cities worldwide!

At Sofar Sounds, the music always comes first. People sit, listen, and never talk through the set
Also, the artist and the audience are one under one roof so we kind of break the notion of normal shows where the artist goes behind-the-scenes after their set. At Sofar, the artists sit with the crowd ,they connect, talk, have a few beers and share stories.  Another factor is the fact that you’re joining a truly global community of like-minded music lovers so you’ll never visit another city in the world and not have a friend and a cool show to see!

There’s a cloud of mystery over Sofar, why do you keep your acts and venues a secret until after the show?

We believe that all artists should be treated with equal respect, whether they’re well-known or not. So to make sure that people don’t apply based on who they’ve heard of, we keep our lineups secret right up to the beginning of the show. We want people to come with an open mind and with the intention of listening to a new band or even a new type of music. A Jazz fan could leave the show with a newfound love for Hip Hop, who knows?

Many of our venues are people’s homes, creative spaces and the likes so it is very important to respect the privacy of our hosts by revealing the location a day or 2 before for our guests only. Also, who doesn’t like a good secret?

What is the criteria used to choose the acts and the location?

Basically anywhere you wouldn’t expect music or arts to be performed is where you’ll find us! Sofar is now happening in a wide range of venues – houses, apartments, offices, breweries, galleries, museums, boats, and amusement parks…

We host struggling, emerging and established artists and work hard to curate each lineup. All the music in Beirut is listened to and reviewed by our diverse “listening” team in Beirut in liaison with Sofar Global, which helps us, find the best new music possible!

How did you get to bring Sofar to Beirut and how has the journey been so far?

Having a 9 to 5 job can sometimes drain you and get you feeling a bit robotic. It hit me hard last year, this feeling of monotonous living where everything seemed to repeat itself. It also hit me hard that listening to music, more specifically live music makes me feel alive; that feeling when you are listening to something really good and you close your eyes.. I may sound crazy but there’s something to live music that triggers all sorts of emotions in you and I wanted to give this feeling of intimacy and connection between the artist and the audience to my city. I’ve always wanted to do something in music in Beirut specifically so the research began and a very good friend told me about Sofar Sounds. I looked into it and was shocked that out of 280 cities Beirut wasn’t one of them so I sent them an email explaining why Beirut is the perfect place for Sofar thinking I would never hear back only to get a meeting request from the global team the next morning!

Sofar saved me and gave me an experience that I will never forget. I have a friend in every city in the world! The amount of support I get from leaders and volunteers from around the world is so touching especially in times like these. People in Beirut, volunteers, musicians, the crowd, the hosts, they are beautiful! People open their homes for us without even asking us questions, all they say is “We respect what you are doing, our home is yours.”  At our shows, magic is all around you no one is talking everyone is listening! To say the least, so far so good!

What would you say is the unique mission of Sofar?

Building a community of like-minded music lovers to bring the magic back to live music! We aim to create performance spaces that are respectful to artists, where the audience lives in the moment and listens closely to the music. I go by the Sofar motto, “Be Still & Listen!”

Tell us about a time where you had to overcome an obstacle whether while preparing for a gig, during a gig or after it.

There’s always an obstacle or 5! But its part of the job and we overcome everything, I am lucky to have an amazing team.

But to name one, I would say it was during our April show when suddenly one of our speakers crashed 15 minutes before starting. We were at the Green Tara House Gallery in Mar Mikhael and our sound engineer was in Jounieh so there was no way to make it on time. Two volunteers from the Sofar team ran to Radio Beirut, hoping they would help us out and they actually did!

They allowed us to borrow their speaker with no questions asked and we invited them over to watch the show just across the street but they couldn’t. It was beautiful what they did, just to show you that when like-minded people come together, magic happens and this is what Sofar is all about.

In Beirut I really cant specify one favorite show because each is a new experience and the bands that have performed so far have really left a mark on all of us. I can tell you that the most special would be my first show in December at Ayla Hibri’s apartment because it was my first time doing anything of that sort, just putting myself out there in front of everyone and I was nervous as hell! But we had an amazing turnout with 3 great bands (Filter Happier, Youmna Saba and Marwan) and I realized that night that I’m in for quite a journey that will change the rest of my life and I was right!

Globally I have 3 favorites:

YEBBA – My Mind from Sofar New York, you cant but watch till the end!

City of the Sun – Intro (The XX Cover) from Sofar New York; the Sofar experience at its best!

What should we know about the ‘Give a Home’ initiative with Amnesty? Any hint about the acts performing in Lebanon before the official announcement?

Everyone deserves a home, not just the memory of one so on September 20, Sofar and Amnesty are joining forces to raise money and awareness for the international refugee crisis that affects 21 million people worldwide. I am very proud to take part in such a project that is very close to our hearts given that Lebanon has hosted over 1 million refugees, which resulted in an undeniable economic and social toll.  So there will be guest performances and talks from people affected by the crisis and the people working to solve it. Artists and guests will share songs and stories around the “home” theme.

The lineup is still very secret but we wont keep you waiting for long!

In such a small country, with a growing yet not too developed underground scene, how does Sofar thrive?

It thrives on our city’s belief in the power and magic of live music and in Sofar so it’s because of the Sofar team, the artists and the crowd that we are making a change.

How does the future look for Sofar? What’s in the pipeline of plans and dreams?

Globally we are growing more and more with new Sofar cities everyday! For Beirut, the future is looking brighter than ever with plans to make Sofar Beirut a full-time city hosting more than one show a month and really support local talent in all their journeys getting them across the world to spread some Sofar magic and give the world a taste of Beirut’s magic as well!