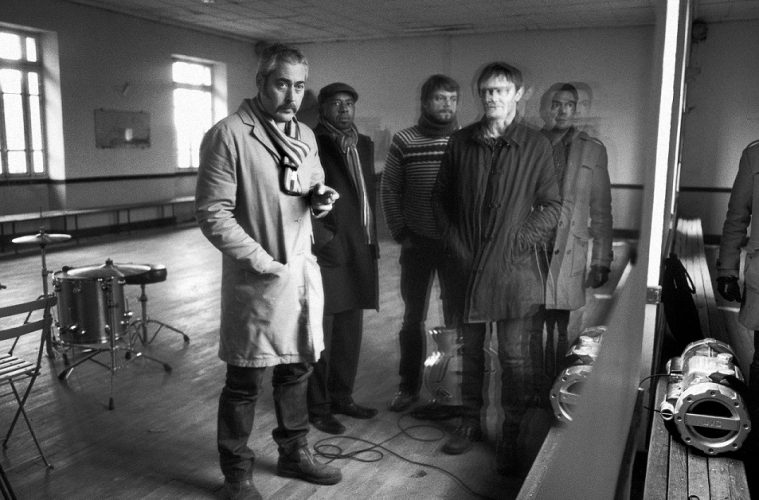 Tindersticks is a band that’s been around since the 1990s, carving itself a long-standing name in the alternative music scene, gradually evolving their sound to complex visual projects intertwining music with film.

Disbanding and then reforming again in 2008, the band made a powerful long-awaited comeback. The lineup might have slightly changed, but Tindersticks still have the same energy – be it in the studio, on stage, or in film scoring.

Liban Jazz is inviting the band to perform in Beirut on July 15th. We’ve taken advantage of this occasion to have a chat with the band’s singer Stuart A. Staples. We talked about touring, recording, the past and the future.

Keep an eye on the site for the next few days, we’ll be sharing an exclusive playlist curated by Staples himself!

First things first, we’re very excited about your upcoming Beirut gig! Is it your first time in Lebanon? What’s the plan during your stay?

We are very excited too. It will be our second time, happy to be invited back. Our visit will be pretty quick as we have other shows.

Live performances have been an essential aspect of what makes Tindersticks the band it is. How do you feel your performances have evolved over the years? What about the fans, did you notice any change, for example, after your hiatus?

Since reforming in 2008 we have been gradually rebuilding our band. New personalities, feelings, and energies began surfacing with the addition of Dan Mckinna and Earl Harvin.

Gradually over the last 10 years, a very special way of playing and feeling the music together has emerged. It can be wonderful to invite our audience into those moments.

In our early days, every moment touring was a funny story – too many great times that I am happy to have as memories – although music and performing for me are now a deeper, more fulfilling experience that I wouldn’t swap, no way. How does a Tindersticks song come together? Do you usually have a story or image in mind when you start writing a song?

Each song has a different story as to how it came into being. Some imagined pictures, some poetry, some melody – however, the song is given life from the feeling that gave life to it.

Visuals play a major role in the Tindersticks musical identity and experience. If you were a band from that unspeakable time when technology was still in its early stages, do you think you’d have made music differently?

I enjoy the benefits of technology when working with image – our first soundtrack was made with VHS tapes! Although after making The Waiting Room, Minute Bodies and High Life (all visual projects), I needed to be free of it to make the new album – It’s a computer-free zone! All the emphasis is on the 5 of us in a room playing music together.

You’re a long-time collaborator with French director Claire Denis. Can you tell us how it all started? What attracted the two acts together and what do you think made this collaboration a long-lasting one?

Claire walked into our dressing room in Paris in ’95 and asked to use one of our songs in her latest film (Nenette et Boni). We offered to make the whole score and she accepted! I never expected our relationship to still exist so far into the future.

We are both creatively restless, and each film has asked for a radically different approach from the music. These challenges have kept the relationship vital.

If you had the option to choose, what other filmmakers would you choose for a similar collaboration? Any particular reason?

It’s all about personal connection, inspiration, conversation, striving for a common goal. If a filmmaker walks into our dressing room with an idea and a good smile, it’s a great start.

You’ve been in the scene for almost 30 years now, a lot has happened in the World music scene since. What do you think would happen to music 40 years from today?

I worry that we all get so used to hearing music that is made with the aid of computers that music becomes a kind of insidiously cerebral experience. I feel there is a need for physicality in music – good news for Jazz!

Can you tell us about what the near future holds for the band and its members? Any new projects you’d like to share with us?

We have just finished our new album, tired but excited – I am sure a few new songs will be making it into our set when we see you.