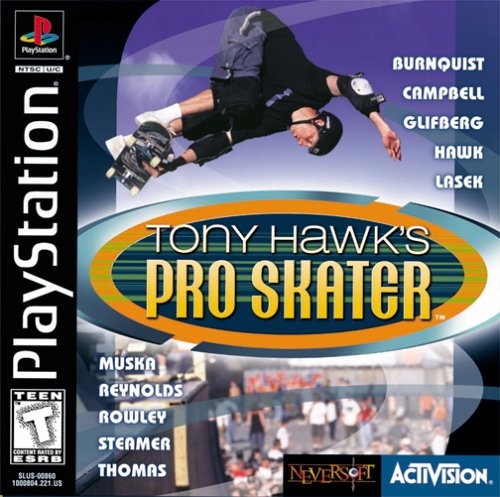 I haven’t been a gamer for years now, but back in the day, I was a pretty dedicated button-masher. For me it was all about the Playstations 1 and 2, and by far, my favorite games must have been those of the Tony Hawk ‘s series, you know, the skateboarding games. The breakneck speeds! The defiance of gravity! The physically impossible tricks! Oh mama…

But there is another extremely essential element that made these games endearing to me: the soundtracks. God damn did they know how to pick their music. It had it all, rock, punk, hip hop, electronic, mainstream, underground, old school, modern! Pure audio bliss.

Thus, I would like to launch a series of posts under the title of Tony Rocks!: Music to Virtually Skate To, each dedicated to one game in the series, where I will pick out some of my personal favorites and send you on a bit of a nostalgia trip.

Now, let’s get this first edition rolling with the very first game in the series, Tony Hawk’s Pro Skater, which actually only featured 10 songs, so today’s edition may be a bit brief, but it should beef up as we progress (the fifth game had 72 tracks on it…) In this one, you can tell they were sort of playing it safe early on, keeping things more on the heavy rock and punk side of things. You’ve even got some ska-punk in there. Oh boy, the 90s…

If any of these four tracks gives you a flashback of yourself smashing through a pane of glass and picking up a mysterious hovering video tape, then your childhood/ adolescence was awesome.