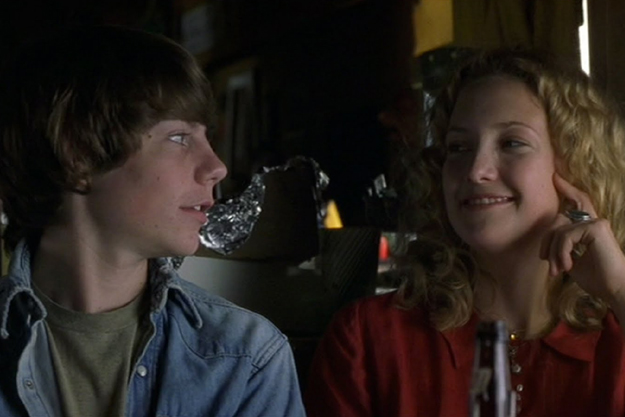 5 Moments You Meet in Heaven: When Songs Make Movie Magic


The art of cinema is the merge of all arts born before it. The storytelling, the poetry, the visual arts, the math and the music. All these elements work together to produce a moment in which the audience is immersed in. The better you balance them, the higher the movie would take you. Now let’s inspect the music element on its own. Imagine a scene where a guy is walking in a hurry, but on slow motion. If you put hip-hop music, he’s going to kill someone. If you put rock music, he just saved the world. If you put classical music, he just saved the US president. If you put soft rock, he just broke up with his girlfriend. So on and so forth. It’s really that easy. So we did a small research, and compiled the first list of our mini-series: 5 Moments You Meet in Heaven.

Nothing says sex, drugs and rock ‘n’ roll – literally – more than John Belushi. The actor led one of the wildest lives known in Hollywood, which eventually led to his unfortunate early death due to extreme drug abuse. That said, nothing says party and toga more than Animal House, starring Belushi. In this toga party scene, “Otis Day & the Knights” gave this body shaky performance of Shout. Watch it and we dare you not to give your next party a toga theme.

This scene introduced David Bowie to the three “heroes” of Perks of being a wallflower (how did they not know the song?!) and to the generation of Tumblr addicts who fell in love with this movie. The perks of featuring Bowie songs in movies. A song from the Berlin era of David Bowie – it fits perfectly with the 1980’s setting of this movie and with the freedom that these kids feel driving through the tunnel.

American soldiers in Vietnam, facing one of the toughest enemies in the army’s history. Guns, bullets, blood and deaths, a platoon is fighting the war with drugs and some Smokey Robinson (disclaimer: It was the first joint that Charlie Sheen ever smoked; it went downhill from there. We can’t verify this information though.) Soldiers getting high and singing along to the Tracks of my Tears is as hippie as 60’s Vietnam can get.

The power of a mood changing song. The story follows a young aspiring music journalist trying to make it big, in his trip with a band touring around America. The young man will be a part of the rock n roll life of this band, without being alienated from the problems and fights that arise with fame and success. During a trip in the band’s bus, Elton John’s Tiny Dancer plays in a post-fight moment, and a sing along by everybody follows. The scene speaks for itself.

It’s insane how good Radiohead fits in this scene. It is the beginning of the movie, a dark world, children fighters in what turns out to be a middle eastern country (maybe Lebanon?) torn apart by war. You and Whose Army, Thom Yorke asks. The song’s low start and the gradual rise of all instruments peaks as we ride tonight and the kid’s head is completely shaved.

It is – in my opinion – one of the best opening  movie scenes.