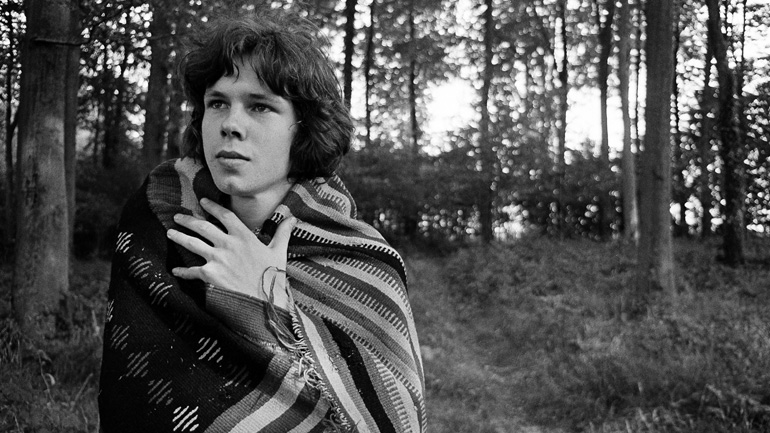 The “doomed romantic” figure, Nick Drake, passed away before his music gained any widespread recognition. However, critical reappraisal and a number of reissues has lead to a plethora of folk fans falling in love with his music in the years since his death, along with artists such as Peter Buck (R.E.M) and Robert Smith (The Cure) citing him as a major influence on their own work.

A short and melancholy piece from Drake’s excellent debut, Five Leaves Left, in which Drake’s haunting voice details a calm yet brooding ending of the day, with his lyricism illustrating a strength in both poetic description and subtext that is persistent throughout Drake’s career. His wistful voice is accompanied by a dense instrumental backdrop, primarily composed of violin and guitar, that only adds to the atmosphere Drake creates in this track.

A home-recorded and pre-Five Leaves original that surfaced via the posthumous “Family Tree” release. This track is Drake at his most romantic, poetic and simple/lo-fi. A must-listen for any fans who’ve yet to delve into Drake’s posthumous releases that contain a number of both originals that did not appear on any of his three studio albums.

Probably the happiest, most carefree track in Drake’s catalogue. Yet this more joyful atmosphere is contrasted with Drake’s classically gloomy lyricism. This track feels like a folk-pop classic and is a great entry-point to the Drake catalogue for any music fans interested in his work.

The tuneful yet depressing centrepiece of Drake’s final album, Pink Moon, contains one of the most beautiful and least contrived uses of alliteration I’ve ever happened across, the continuos refrain of “Which Will”. The legends behind Drake’s recording of this album, that it was recorded in a mere two days where Drake barely spoke and that he simply handed in the album to the Island Record label in a plastic bag, are almost more famous than the album itself. However, it’s Drake’s music that ultimately has the final word on this masterpiece, as evidenced most succinctly in songs such as “Which Will”.

I think a personal disclaimer that this is one of my favourite songs ever is probably necessary here. “Place To Be”, again off Drake’s final album (Pink Moon), is a track that feels both timeless and uniquely simplistic. Like most of the “Pink Moon” album it consists of just Drake’s voice and his guitar-playing. Yet, the ambiance Drake creates with these two “instruments”, which is one of endless longing and grief, is so effortless and genuine that it’s place as my favourite Drake song, and one of my favourite folk songs ever feels very justified.