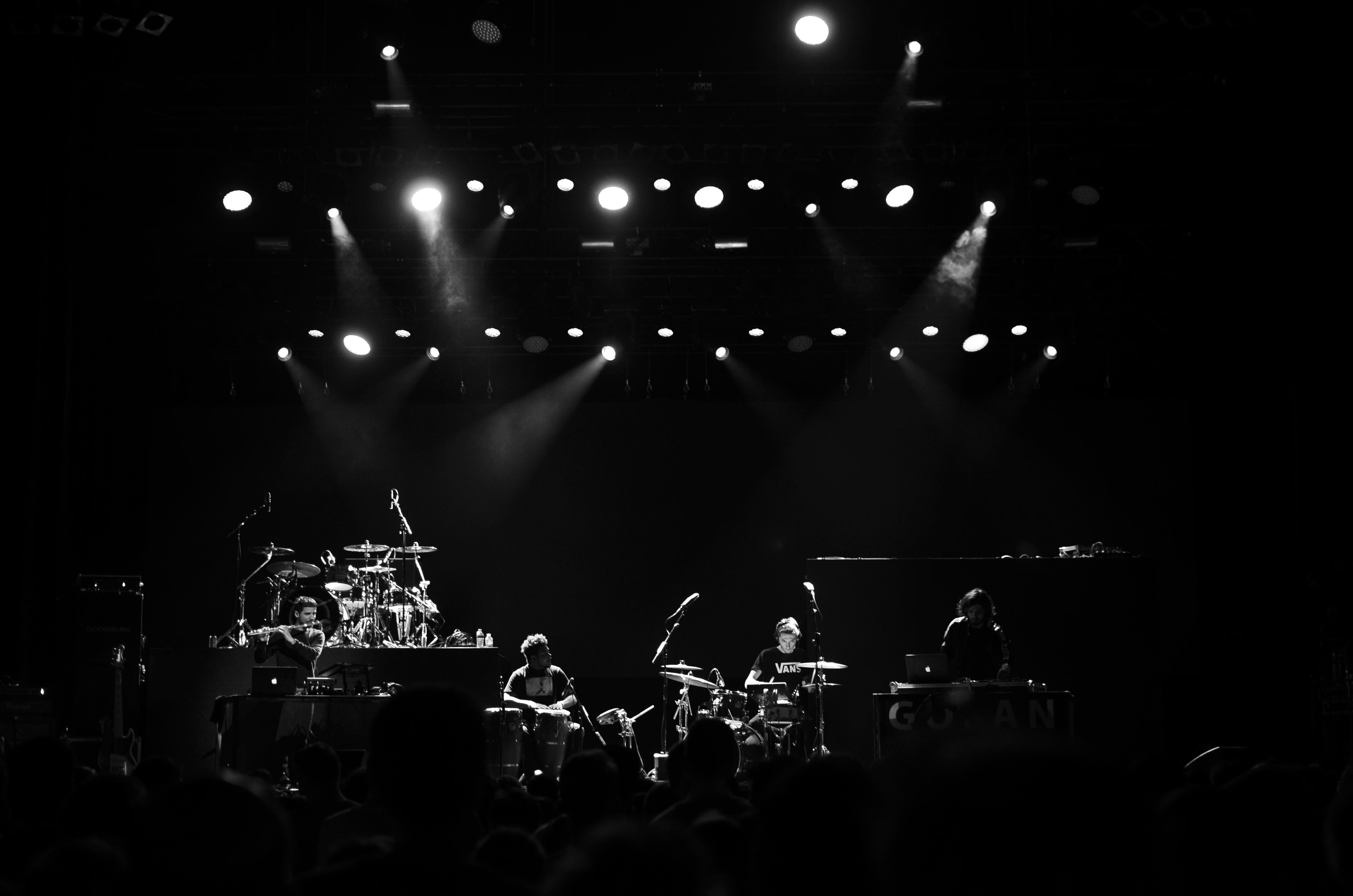 Tales from Bucharest: An Interview with Golan

Golan (Romanian for “troublemakers”) is a three piece band based in Bucharest, Romania. Far from being “hooligans”, Alex, Mihai and Ernesto’s diverse backgrounds and acquired skills are interwoven in a unique blend of eclectic sounds. Using live instruments, sampling and DJing, the trio has already opened up for Róisín Murphy and Parov Stelar, as they are also signed to the label Etage Noir Recordings. Find out more about their harmonious world as you read on!

Tell us more about Golan; where does the name come from? How does it describe your image in its artistic form?

The name describes an attitude more than anything else. Each one of us wanted to be part of something that doesn’t necessarily follow the rules. “Golan” basically refers to an independent individual that can easily catch attention. People sometimes may expect a somewhat more aggressive sound because of the obvious meaning, but that’s not how we see it. What drives us doesn’t translate ad litteram in what one would expect and we like that.

Let’s walk through some of your creative process. How does it start? How do you go about the layering of your sounds to the end process?

It’s different almost every time. It can start with a simple beat, a couple chords played on a random instrument in the studio or from a concept we wish to explore. Mihai and Alex are the ones that do much of the production part. The thing is that we like to play our ideas live before we release the final master of a song. Most of the time this gives us a better understanding on how we would like the final cut to sound like. It’s a bit risky but that’s the only way for us.

Creating music is often the love child of personal experiences, acquired artistic taste and somewhat a visionary perception. How would you describe the identity of your music?

It’s a pretty raw feeling. We didn’t even know where we would fit exactly. Everyone brought their personal influence and the elements just mashed up perfectly. From the beginning we somehow knew what stays and what goes. It is very instinctive.

Live instruments and orchestra are often present in your shows. How does it impact your performance vis-à-vis your audience, every time?

We love live instruments and the human sensibility that comes with it and we would like to explore it even more. Putting together an electronic performance with a 40 people orchestra really was a challenge, but the outcome was all worth it.

Let’s talk about “Abel“, an eerie -yet gorgeous- cinematic song, that offers a deep insight on a particular duality. How do the song and the video embody the character behind the name?

Abel is a metaphor. The concept, the crew, the director’s approach and the feeling that we wanted to see caught life right away. It was a beautiful build-up, right from the song’s first demo. We were all on the same page. Regarding its message, we wanted to highlight a common human struggle that we think should be addressed more often. Self acceptance and letting one live with what one chooses is vital in our society.

All humans connect with each other differently, leading them to recreate other versions of themselves, perhaps darker, perhaps brighter. What do you have to say about the human species, today? What teachings do you have, to pass on?

We are all passing through and we never cease to learn new ways of adapting to the “new world’. It’s a continuous change that we have to embrace in order to evolve individually and as a species. Honesty and true representation is where we place our bets in hopes of a better world. Now that we can communicate better than ever, it should be as truthful as it can be.

On that same note, books and movies often depict personal and intimate perceptions of this world and what it has to offer; what authors or directors have shaped your vision, or moved you?

It’s difficult to answer for all, but the french cinematic piece La Haine from the director Mathieu Kassovitz depicts a refreshing attitude towards something that is rather bleak and hopeless. It empowers one in a paradoxical way and raises a serious social issue. Artistic purpose with a real message. We relate to that.

Let’s project ourselves in a distant future, where you have to pick one of your songs to represent humans to a different lifeform; which one would it be? And why?

Tough one. We would rather go with an instrumental than with vocals. Maybe “Samba“. It’s groovy and has a positive vibe that would clearly announce a peaceful encounter. 🙂

What albums have had the most impact on you as persons and as artists?

“Discovery” released by Daft Punk in 2001. For us that was the game changer.

Where do you see Golan in the next ten years?

All together, touring and having as much fun as we do now. We can do that for a lifetime.