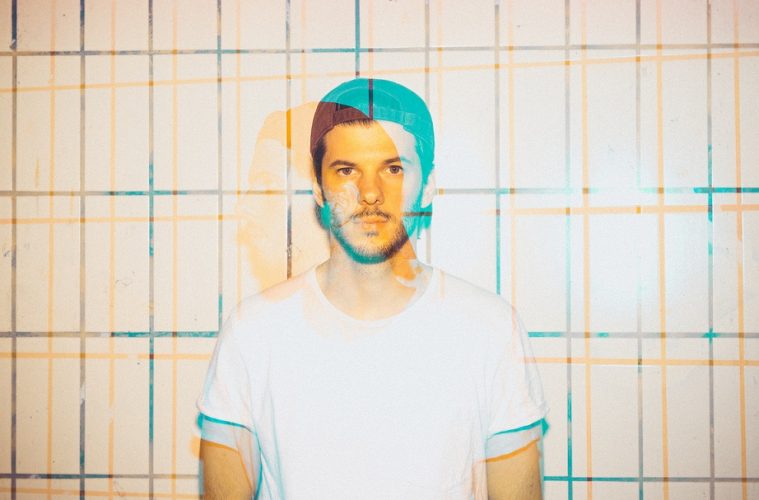 Fakear, Caen-born Théo le Vigoureux, has sent ripples through and beyond a new electronic music scene in France with colorful electronic beats meshed with captivating vocals and – in his own words – ‘mystic’ sounds. Having supported acts for the likes of Bonobo and ODESZA, he carved a name for himself as he’s now embarked on a tour through Europe, the US and Canada. We’ve asked him a few questions on his music, how it all started, some of his latest collaborations and a couple of other things.

While you read, put your headphones on and listen to All Glows, released only a few days ago – check it out here.

First let’s get this one out of the way. We hope you don’t often get asked this, but we’re really curious about it: why Fakear?

Haha! It’s because of my rock ‘n’ roll background. When I started to make electronic music, my friends said “you’ll make fake music” and I used it as a joke, yeah, I make fake music with my fake ear!

How did you start making electronic music, and how did you develop such a distinctive sound?

I started to make electronic music when I was 17 I think, I used to listen to a lot of abstract hip hop stuff on free netlabels, but I never tried to have a particular sound, I just wanted to be honest with my influences, and I guess the world music touch in my music came from that.

Your music brings together ethnic and tribal soundscapes with vapory vocals – can you tell us more about influences?

My parents made me listen to world music very early, and I accessed the electronic music world with Bonobo and Massive Attack. I didn’t listen to techno or house music, so I never thought of using aggressive beats. I’m influenced by emotions and moments I live in my everyday life. My girlfriend is one the most important sources of inspiration to me, my friends, the moments we spent on tour…

You’re releasing a new album called All Glows in April. Could you tell us a bit more about it, and how it compares to Animal?

The method is the main thing I changed between the two. For Animal I used to work very instinctively, one track after the other, and I didn’t modify them after the first try. For All Glows, I worked on each song all along the last year, always coming up with new ideas, so each song is a universe of its own.

Tell us more about your work with Ibrahim Maalouf and about “Sacred Feminine”.

Actually, we never met each other before the release date, we made this song via email. I sent him a few tracks from my album, saying I’d love to have him on one of them. He picked this one, and it’s a track I’m very proud of. I named it “Sacred Feminine” because I admire people who assume that part, man or woman. We all have both in us, and choose one of them to speak, act and think. I guess everyone should try to find their right balance between the two.

Your track titles are both in French and English, often with spiritual or celestial connotations (Le Chant du Monde, La Lune Rousse, My Own Sun), how do you pick them? What do they mean to you?

I always wanted to put a mystic side in my music, because we all seek mystic moments, where you feel deeply connected to what is happening. I chose my titles in relation to the emotion that made me create the song. For All Glows, they all came to me at once, and I feel that all of them are very connected to the song.

“Rise”, the bonus track on Animal, has an amazingly vibrant progression, in a way that very much embodies the title. Could you tell us more about this track, why it’s a bonus track and how it made its way onto Animal?

Basically it wasn’t for Animal. I made it after we rendered the album, and when I played it live my managers said “put it in the album” and I trusted them. I created it during a time when I was trying to disconnect from tour life, alone, in the countryside, and it reflects this so well.

It’s different each time. I’m young, I guess I’ll find a proper way later. But for now I’m always testing new methods, I put myself in danger sometimes, and for All Glows I wrote all the choruses before anything else. I gave myself 8 bars to deliver the maximum energy, and then I built the song around them.

Your tracks features vocals by artists like Rae Morris or Andreya Triana – how did these collaborations come about, and how did they shape your music?

I usually work alone, I need my space in order to create. Often my managers and label would come to me saying “It could be cool to collaborate” and I’m always like “yeaaaaah ok maybe” and every time it has proven to be a great experience. Especially when it goes so well. Haha guess I’m stubborn but one day, I’ll understand!

What was your most memorable live experience, and why?

There are so many great moments. The tour we’re on together now is one of the best I’ve put together, because we’re a real family of the road, and it’s allowing us to bond like nothing else can. It’s a human adventure.

What emotions, feelings or reactions do you wish to trigger in your audience?

Actually the best compliment I can receive is when someone closes their eyes and dances to my music. It means that they’re part of the journey, it means that I’ve fulfilled my mission!

What are your thoughts on the French electronic music scene? Which artists do you really like?

I think the country isn’t that important nowadays. I feel that we’re a new generation of  artists who are travelling the world, I don’t feel like I belong to the French scene. There are many artists I like, I can name Superpoze, Fulgeance, Polo & Pan, Clement Bazin… and they are great people too!