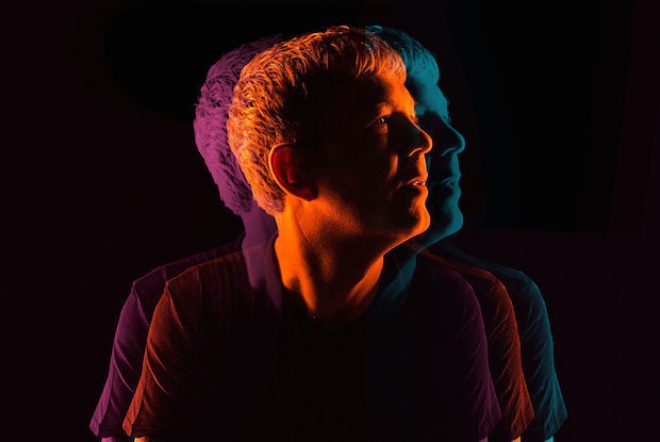 Behold, The Stealth of John Digweed

John Digweed is a man who makes the ultimate most out of simplicity. What do you buy the person who has everything, converse with over dinner, or summarize in an elevator pitch? It’s a similar feat trying to write on the greatest and most popular DJ on the planet.

Digweed has been earning accolades since the 90’s and has no sign of slowing down. The megahouse owned and operated by him and Nick Muir, known as Bedrock, is a massive stream of music collected, curated, and released one after another by the tastemakers of techno. On top of his relentless gig schedule day after night around the world, the global impressions he has left is in the billions, reaching audiences in corners of every territory. If Oscars had a fitting category, Digweed would be the recipient of a Lifetime Achievement Award. Stature, class, creativity, commitment, dedication and loyalty earns him a standing ovation.

I brushed up on a few quick words before the maestro hits Exchange with Tara Brooks on Saturday for a long overdue LA performance.

Anita Yardemian, Project Revolver: Congratulations on the decades of accomplishments. You’ve been hitting many milestones – 150th digital release, 20 years of Bedrock – looking back, what would you do differently, what’s your biggest take, your evolution personally, professionally?

John Digweed: I don’t do anything different. I still work incredibly hard to deliver quality releases and club nights. Moving from vinyl to digital and more over to streaming the last 20 years have seen massive changes in the scene that if you were not focused you disappeared without trace. You have to work harder to get your releases heard amongst the masses of releases every single week and with less magazines and so much digital press content it’s hard to stay in people’s attention these days. We are still here and with a full release schedule everything is looking cool.

The world is still hungry for you and for Bedrock and it seems like you never even took a break. Have you stepped away for a long period of time? What is your definition of a break and how do you determine it is time?

Not really. It’s a bit like a roller coaster ride that never stops to let you off, it just keeps adding new passengers without stopping. This year I have taken more weekends off than ever before and it’s been nice to have some time to not travel for a few weekends. The thing is I really love what I do so don’t want to be away from the buzz of playing to a crowd for that long.

Do what you love, love what you do – a traditional motto that might seem too mundane in today’s complex reality. For the professional veteran himself, it is the most fundamental catalyst to his successful career captivating audiences for over two consistent decades. Building momentum, creating desirability, and maintaining heavy interest and attention on all that he does is something only Digweed can do.

Week after week on his world famous dance music radio show, Transitions, he features curated artists and mixes, as each one truly adds to his narrative. He opens with a soft spoken introduction but three minutes into any mix and Mr. Nice Guy enters his void or has hand selected a fine guest to deliver a slew of grand slams. Digweed buzzes about new stellar talent and brings on his legendary music mates. He grants a platform to those emerging names and elevates them within the same ranks leading by example. Transitions radio is home to 14 million listeners and it’s also the title of his anticipated albums, released simply when he feels like it.

Love Tara Brooks. How did your relationship come to fruition?

I first played with her in San Francisco a couple of years ago and she really impressed me, she did an amazing job setting the mood perfectly before I went on. So I have requested her to play before me in Miami and New York as well, and LA and Denver. She also has a great work ethic about everything she does and is always a positive person to be around. She has been working hard again in the studio and we have a new release from her on Bedrock planned for 2020.

How do you choose which live sets to release?

It’s all based on the party and how the mix turned out. I never plan anything but during the night of parties that I have released you can tell it’s extra special in some shape or form so when I re listen to it a few more times afterwards I can tell if its worthy of a full blown “Live In” release. It takes a lot of work to put these projects together and I am lucky that I have so many loyal fans that still support physical products as so much music is heading to streamed content now.

You can find all of his “Live in” albums on Bedrock shop.

On brand with Digweed demeanor, his voice is the lead channel between artist and fan. He takes the time to sign albums, drops re-releases, provides clear concise communication on his whereabouts and upcoming news. He makes announcements quite often while maintaining a low profile, extremely streamlined with uniformed branding. The signature minimalistic and colorful floating objects of Bedrock’s aesthetic is the cover of releases, t-shirt merch, and club production. The identifiable “B” withholds a mega tron of music and history.

When I asked about his greatest LA memory, I could only go as far back as 8 years ago at The Mayan, his wicked once-a-year midweek show fans loved. I expressed in particular his Structures release “Live from Avalon” was a birthday celebration I won’t forget. In exchange, he shared an archived photo dating back to 2002 and said “12 hours New Years year 2002 what a party.”

What is your favorite memory of LA? Can we expect you to play at those venues again? How do you feel about LA in general – culturally, musically….?

I originally first used to come in and play a midweek night at the “Viper rooms” for about 200, who used to book loads of international DJ’s in the 90’s. Then I moved to doing as you say midweek nights at The Mayan which were always mind-blowing as anyone who came out on a Wednesday or Thursday night you knew they wanted to be there and that made the party extra special. People have so much choice on the weekend now I don’t know if the midweek nights would be as strong as back when we used to do it. It was one of my favorite time sin LA for sure, then there was the NYE at The Palace (now Avalon) when played for 12 hours straight. I think there has always been a strong fan base for me in LA and it’s somewhere I really love coming to play. The Factory 93 parties are putting a lot of effort into the events and that seems to be paying off for them.

I love that there is so many events and parties going on all the time. The more clubs and events the better as it keeps the promoters on their toes to make sure they keep promoting great events. The crowd coming through are knowledgeable about the DJ’s and what music they like and what they want to hear.

The crowds coming through for Digweed know what they will hear – a promising, clean, adventurous monsoon. He is the hypothesis that consistently gets proven to be true. When something is always predictable, the charm is lost, but with a Digweed set, it’s more of a thrill knowing the outcome will be a hit. His force 24 hours around the clock, season to season, club to festival, all the stages he ravishes are different in its own ways but all come down to the simple fact of mesmerizing. He leaves you with the memories, taking you back to that very moment you were struck by lightning when the set turns into a Bedrock release, touching you with unexpected surprises once again.

What can we expect from you Sir? What’s planned for the future?

A steady bunch of releases and a great collaboration with Nick Muir, Marc Romboy and myself due soon. Also look out for an exciting project in 2020 which I can’t say too much about at the moment – as for playing I will be whizzing around the planet as usual playing my favorite clubs and festivals.

The Brad Pitt of world class acting.
The Charles Aznavor of innocent romance.
The Pharrell of chameleon cool.
The mystery of Bansky.