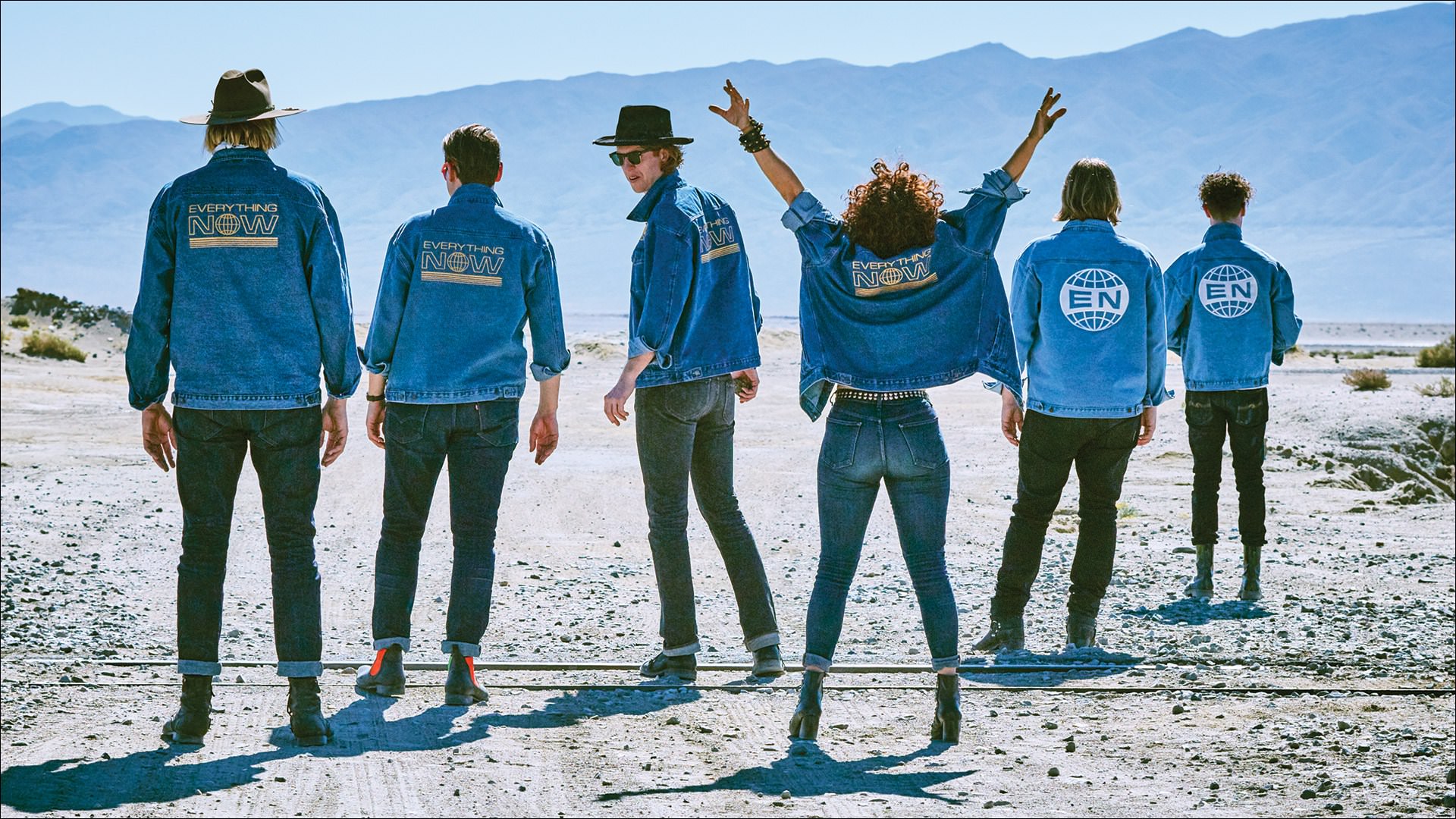 A Beginner’s Guide to Arcade Fire

Arcade Fire is a big band, literally and metaphorically.

Literally because while the core consists of six members (Win & Will Butler, Regine Chassagne, Richard Reed Parry, Jeremy Gara and Tim Kingsbury), their live show is a giant party with many other live musicians. Sarah Neufeld, on violin, is the one that tours the most with them. We can also add saxophonist Stuart Bogie and percussionist Tiwill Duprate. Often, they are even more on stage.

Metaphorically because of their talent: it would be a mistake to limit them by giving them these titles: most of the band members are multi-instrumentalists, and they are not afraid to show it during their concerts. Win sings, plays guitar and piano; Will is on vocals, plays the synths as well as the percussion. Regine can be lead singer, back vocalist, pianist or even join Jeremy on drums for a double drums on some songs. Their live is like a choreography where each of the participants wants to show all of their talent. It’s amazing to see them switch from here to there while maintaining their sound, smile at each others and be natural. You can feel the connection. Indeed, Win is Will’s brother and Regine’s husband.

Arcade Fire is an amazing band in studio, with masterpieces like Funeral and Neon Bible, Grammy-winning The Suburbs or new indie-disco phenomenons Reflektor and Everything Now.

The Song – The Suburbs

‘The Suburbs’ is one of their most accessible song. It’s the eponym song of their third album and one of the fans’ favorite. Indie anthem but melancholic, it’s the quintessential Arcade Fire song. This live version at Earl’s Court perfectly represents the band: many classical instruments, two drummers and amazing lyrics. You don’t need a guy jumping and shouting to make you feel the band’s energy. Live, it is usually followed by the last song of the album, ‘The Suburbs (continued)’, in which Win claims:

“If I could have it back,
All the time that we wasted
I’d only waste it again“.

If we had to chose a full album to represent Arcade Fire, it would probably be their first one, Funeral. It’s the album that made David Bowie fall in love with them. Although the Canadian band had released an EP prior to this, with many great songs like ‘Headlights Look Like Diamonds’, it is their first full work that propelled them to fame. This LP has everything in it: a great start, with ‘Neighborhood #1 (Tunnels)’, remarkable through its lyrics; ‘Neighborhood #3 (Power Out), a truly great rock song with xylophones; ‘Wake Up’, one of the biggest indie festival anthem; ‘Haiti’, which embodies Regine’s Haitian origins and is followed by another indie anthem, ‘Rebellion (Lies)’. Another intimist song by Regine closes the album, ‘In The Backseat’. It goes like this:

After Funeral, Arcade Fire releases Neon Bible (another great album which reinvented ‘No Cars Go’, song from the first EP) followed by The Suburbs (which won the Grammy Award against giant mainstream artists like Eminem and Lady Gaga). The first three LPs all have something in common musically: indie bangers and more intimist songs. When Reflektor was released in 2013, the band took a big risk: it was a new sound, less indie, more electronic and disco (their live will now have a giant disco ball above the musicians). However, even the fans have to admit something: Reflektor is a great album. Diehard fans will add something: CD2 of Reflektor is the best half-album. All is true: the eponym song is already a 7+minute classic; ‘We Exist’ is a great follow-up to it, tackling LGBT’s issues (with Andrew Garfield on the music video); but, indeed, CD2 is particularly good with a run ‘Awful Sound’ > ‘It’s Never Over’ > ‘Porno’ > ‘Afterlife’ > ‘Supersymmetry’. More electronics, and more percussions. Their live show started getting better and better, sometimes with a twist (giant bobbleheads, actors on stage instead of the band that start the concert from behind the crowd…). Reflektor opened up a new era: Arcade Fire is a giant.

The Live Era – Everything Now

Most Arcade Fire fans can agree on this: Everything Now is not their best record. If Reflektor‘s CD2 saved the band by being a great sequence of songs, the last album by the Canadian band failed as a unit. ‘Chemistry’, both ‘Infinite Content’ and ‘Peter Pan’, for example, are not as near as what Arcade Fire accustomed us to. The good songs can be separated in two categories: the ones that work amazingly well live, like ‘Everything Now’, ‘Signs of Life’ and ‘Creature Comforts’, and the ones that are intrinsically beautiful: ‘Put Your Money On Me’ and ‘We Don’t Deserve Love’. Thankfully, not all the songs need to be played in front of the crowd. From 2017 onwards, the shows got even more incredible with the addition of some songs from Everything Now. With that amount of good songs, AF even surprised some fans by starting a few of their concerts with nothing else than… ‘Wake Up’! Festivals had happy crowds, but they even further for their own shows: Win Butler and co. set up a 360 degrees stage, designed like a ring. A great live band needs more fans closer to them and it was magical. After every show, the reviews were unanimous. Arcade Fire is simply the best live band!