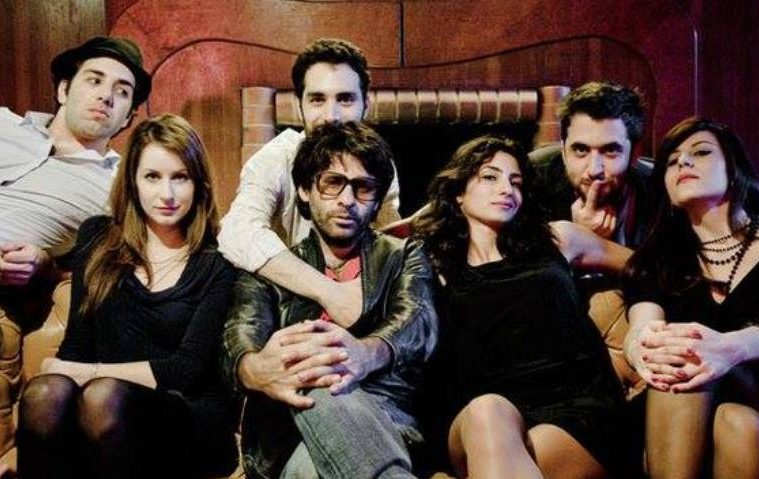 Zeid Hamdan is one of the essential pioneers of the Lebanese alternative music scene. His discography includes leading acts such as Soapkills, Hiba Mansouri, Maryam Saleh, Maii Waleed, and Zeid and the Wings. More recently, he produced the music of the Oscar nominated movie Capernaum directed by Nadine Labaki.

His music crosses different styles and genres, ranging from electronic, hip hop, trip hop and even ska and reggae. Keeping this versatile style in mind, we asked Hamdan to curate for us a mixtape of everything and everyone that influenced him as an artist. The musician was happy to dig into his own past, drawing on memories and nostalgia, to gift us with an 80 track autobiographical journey.

The mixtape follows Zeid Hamdan’s life and experiences between France and Lebanon.

Tracks 1-18 range from classical to classic rock, the music that shaped the artist’s early teen years. From 19 to 27, the songs reflect Hamdan’s first exposure to French music and French rap during the late 80s. Songs 28-34 recount the early 90s when the musician got his first exposure to house music as well as Michael Jackson and Prince.

During his teen years Hamdan took his first guitar lessons, and started listening to the likes of Hendrix, Dire Straits and Led Zeppelin. Upon his move to Lebanon, he formed his first band during the peak of grunge music (tracks 35-43). Later, in the mid nineties, he started working at a pirate radio station called UFO 107 which was specialized in heavy metal. Tracks 44-46 recount this metal period.

The following tracks explore the 90s’ different styles: electronic, grunge and hip-hop. Hamdan follows with some of the Arabic tracks he listened to during the late 90s after meeting his Soapkills bandmate Yasmine Hamdan. Soapkills was the result of the Arabic influence that was infused with music from Portishead and Massive Attack.

The mixtape ends with a series of tracks from the 2000s encompassing the wide range of styles that came to represent the music of Zeid Hamdan.