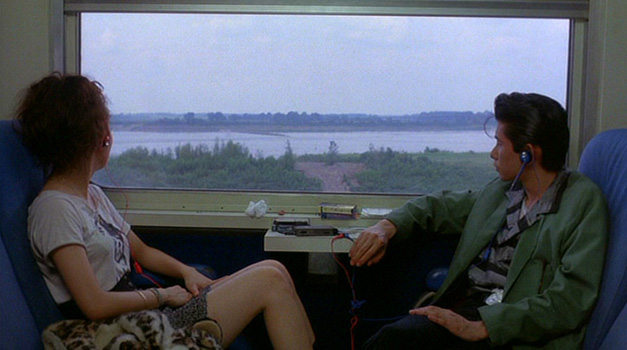 Whether you’re a big Jim Jarmusch fan, or you just happened to watch one of his movies (please watch them all!), you have certainly perceived the importance of music in his films. From centuries old vampire music influencers in Only Lovers Left Alive to starring world renowned musicians like Iggy Pop and Tom Waits in one of the funniest, most sarcastic scenes in Coffee and Cigarettes, Jarmusch has managed to make music the essence of his work.

“The image and the sound are very much the same thing to me as they create the atmosphere. Film is the most closely related form to music because film passes before you in its own time.”

So, here are some of the best songs (in my humble opinion) he used in his movies:

6. John Lurie – A Woman Can Take You To Another Universe (Sometimes She Just Leaves You There) (Stranger Than Paradise – 1984)