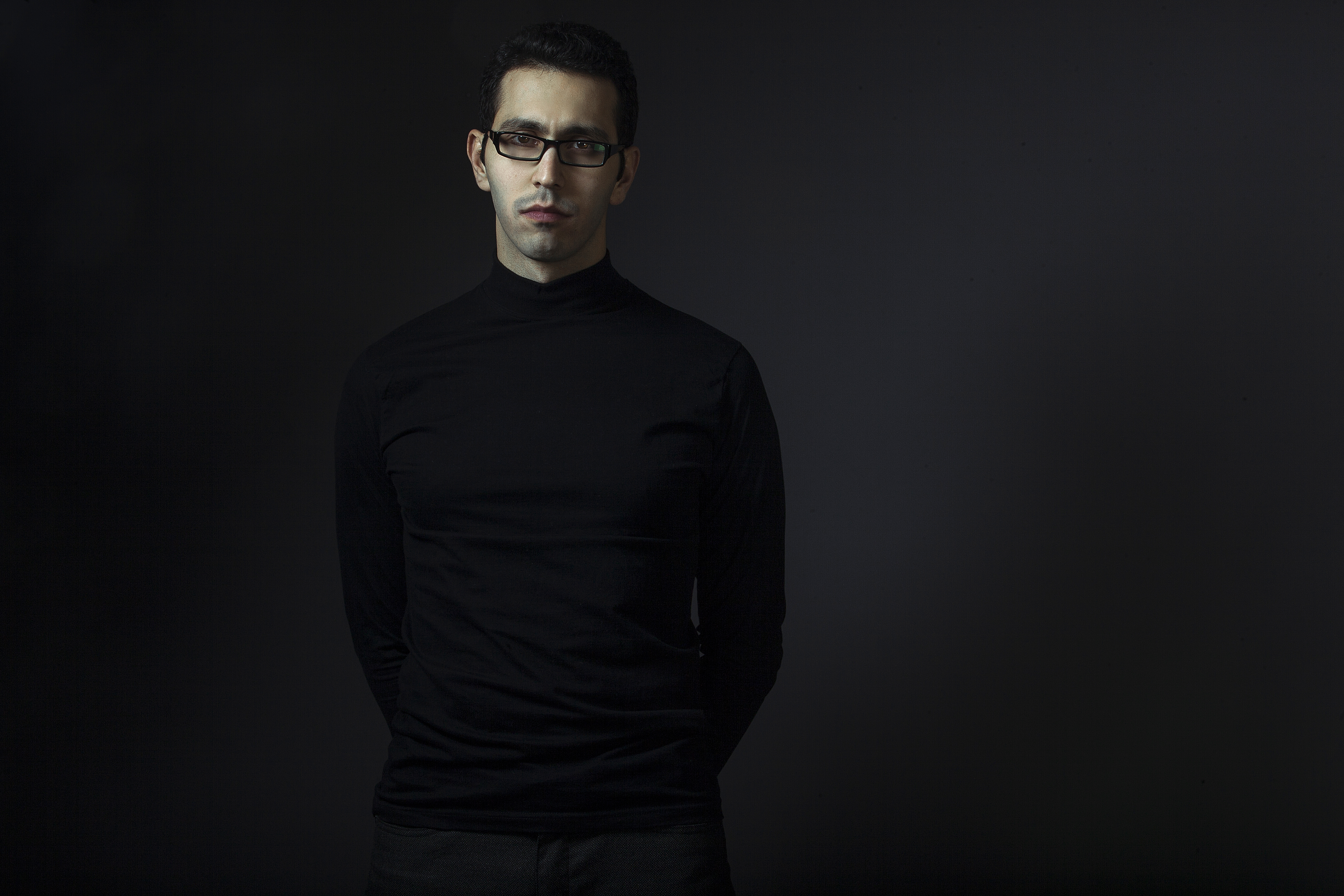 Changing the Rules of the Game: Interview With Omar Rahbany

Before I even reached the age of 10, I knew Omar Rahbany as a curious and musically obsessed kid. And of course as the grandchild of one of the Rahbani Brothers.
It was clear that a musical future was written for him, but the symphony hadn’t been composed yet. He would talk about the sophistication and genius of Jazz when our innocent Y2K souls were dancing to Britney Spears, and proclaim Sean Connery as the best James Bond when Pierce Brosnan was the king of the millenium.

Jump to adult life, I was never sure how I would hear again about Omar, but I had the feeling he would hit hard, and he did. Passport – Rahbany’s debut album – is a beautiful trip that takes you on a Jazzy, yet classical ride through the Orient, and pays tribute to the Rahbani sounds that still defines the musical landscape of Lebanon.

I had a chat with Omar after listening to his release, and we got to discuss inspirations, legacy, future plans, and of course, Jazz.

1. Let’s start with the big news, and it’s the release of your first full album Passport. You had the launch last week and it’s garnering great reviews so far. How was the idea of the album conceived?

With previous projects, in a way I sort of knew the direction that I wanted to head in. However, with Passport, I chose to be more spontaneous and organic. Every step was taking at its own time.

Every time I had a new question about the album, I would stop and conduct lots of research. Then go back to composing the track. Each track, I followed the same process, allowing myself to research and study various elements before composing.

The title of the album, Passport, came much later in the production stage when I started discussing it with Bernard Hage the artwork designer.

This is why I cannot replicate Passport again, as it is a result of years of research in my musical development. They are very few movies that are based on and film the evolution of one character. They film the character at age 5 and then they wait until he or she is 15 and then at 25, so practically they had to wait all that time to produce a 2 hour movie. It’s the same process in winemaking; it could take years from harvest to consumption. This is the process I followed with Passport.

I also needed to find a concept that I could adapt while bringing together various elements and musical aesthetics into one album, as well as different genres of music.

2. For a modern day listener, the album’s format seems like a musical, starting with the Overture and ending with the credits. What’s the story that you’re trying to tell through Passport?

I have been composing music and filming from a young age. A big part of my childhood was spent in front of a stage, watching my parents’ works unfold, as well as backstage, seeing how things come together. I spent time reading and appreciating art, especially paintings. So I think that what you are referring to is this total approach that seems to be evident in Passport. I started the album picturing a red curtain opening on a stage. In the middle, there are brief stories that I prefer to call ‘happenings’, as each is different and lasts for mere moments. And then I borrowed from the cinema the end credits to frame the whole work. Each individual composition tells a particular story, whether it’s the tale of a married lady having an affair with a younger guy, or the manifesto of a guy that wants to belong to the earth. To a childish vision based on Lego, of a local power station, to an interpretation of Babel’s myth. A sensual story of a couple dancing tango… but the big picture, is slowly coming together now that I think of it, it is about freedom. Freeing myself from thoughts and ideas. Freeing myself from weird requirements imposed by record labels – this to me is freedom. Passport is also an insight into how humans are in constant evolution and change, with each composition coming together to create a rich hour-long experience for people who are constantly on the move.

3. You collaborated on Passport mainly with Mahdi Yahya, among other musicians. Can you tell us more about that partnership? How did the story start?

I was introduced to Mahdi, by a mutual friend, Andrew Hachem, who believed we had similar ideas and views on the world. I met him at a later stage, well past the compositions and the demos that I had completed, that went into Passport. Mahdi is one of the rare people that I have met with strong business skills, yet a very high sensibility towards the arts. The partnership in general was not on my agenda at any stage. I met producers before to form companies, but it never appealed to me as something was always missing. You could have the means but not the vision, it is like owning a Walther PPK and not knowing how to use it. So that is when we came up with the idea to set up Rahbany Yahya Productions (RYP), to produce works of total art from the Middle East to the world.

4. In all the songs on Passport, one could hear the influence that classical, jazz and oriental music had on you. These genres represent different periods in history, coming from different parts of the world, yet it all went smoothly, how do you make it all work together?

How, I don’t know. It’s like asking a fish about air, a completely alien concept to them. But what I know is that I was immersed in music since I was a little kid. When my mother was pregnant with me, my dad forced her to continue her lessons in piano, so I would hear it in the womb. Then I went through rigorous classical music lessons with Hagop Arslanian. Most of the time spent with Professor Hagop was in nature – he made it a point to teach me from nature, than actual practice. Then I was exposed to family musicals, then jazz. At some point, all these elements start to converge, and they gave birth to neurons in the brain.

To share with you a story, a friend of mine who is a drummer, was listening to ‘Babel’ and Keith Carlock playing on the track. He told me: “Man! This part swings like a second-line drumming part, (a New Orleans drumming style), but has unusual accents on the base drum”… that reminded him of traditional Lebanese rhythms. I never thought about that.

5. The Rahbani (previous generations) sound is well and alive in Passport. How did you manage to pay tribute to the legacy, yet at the same time produce a distinct Omar Rahbany sound?

By composing music and conceiving art, I am paying tribute to their legacy. The legacy for me is about changing the rules of the game and evolving the sounds. All the Rahbanis are stubborn and want to show themselves in a different light. Every new Rahbani generation is in a constant struggle to discover new musical possibilities outside the already established boundaries.

6. Walk us a bit through your creative process: Do you have any ritual to get your creative juices flowing? How do you go about the layering of your sounds from the ground up?

I am at my best when I compose like a classical composer, away from any sound matter, with only my ears and mind. The idea just comes to me suddenly and the whole picture forms, from the sound to the orchestration and even the form sometimes. Other times, I work with elements, starting with the melody or rhythm and layering the track from there. And sometimes beautiful divine mistakes happen under my hands on the piano, so I have to seize this moment, steal it and grow from there. No rituals to report on to date. And this is why I do not have templates and this is why Passport is so diverse. But most importantly, every time I compose, it is done with great difficulty and it is like the first time – with no templates.

7. Any artists in the Lebanese music scene you’d like to collaborate with in the future?

There are so many good artists, some may be in hiding and others are making their mark. So if our paths were to cross, I foresee a collaboration. You will definitely hear about them.

8. Which old movie would you like to have composed the film score to? Any particular filmmakers you’re fond of and would ideally like to work with?

I don’t see it that way. Everything that has been composed is complete, a closed chapter. I don’t see the point in wanting to recompose or redo work that has already been done. The most important thing is for a person to reach their own personal potential and push their limits. My greatest achievement is when I discover something new. This is the peak of my happiness, it’s orgasmic – where weird neurons somehow connect.

To talk about composers, there are so many that are inspiring, such as John Williams, Miklós Rózsa, Erich Wolfgang Korngold, Dmitri Tiomkin, and Ennio Morricone, to name a few. As for directors, I was hugely influenced by Stanley Kubrick. Other directors like Martin Scorsese, Steven Spielberg, Frederico Fellini, Emir Kusturica… all the great names, they are all notable.

9. Revolver is obsessed with lists, could you give us the 5 essential Jazz albums everyone should own?

No, but I can list 5 names that were important in my musical development:

2) We live here, by Pat Metheny

3) You Must Believe in Spring, by Bill Evans

Can I add a Brazilian name…? Thank you. Any record by Antonio Carlos Jobim… and another name, Toninho Horta… I really can’t be confined to 5 names.

10. With the release of Passport, any other projects in the work for Omar Rahbany?

The most challenging part is yet to come, we still haven’t started. We are trying to find a way to produce a live show. This is one of our main concerns right now. But there are so many other projects in my head that I would like to produce, to release them from my system. I recently composed my first piano concerto that I hope I will be able to produce and share. I also have a few scripts and synopses that I also want to produce. And if I have some time left, I would love to learn sculpting, for there is a lady that I would love to sculpt.