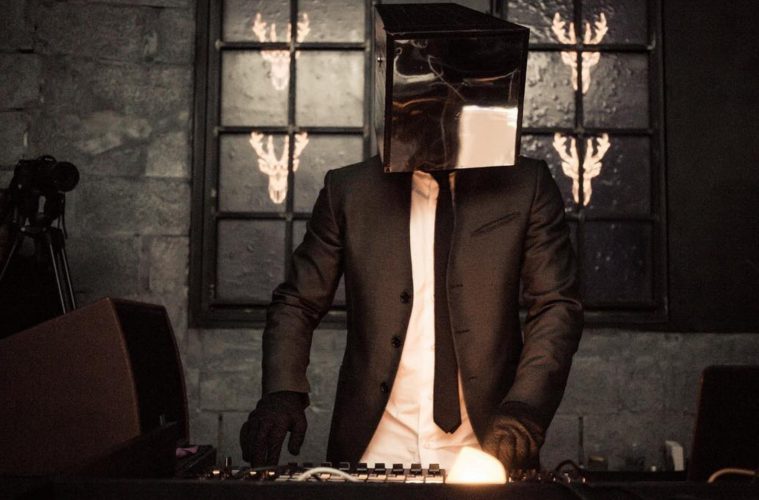 A Tale from Outer Space: An Interview with Tryangle Man

Tryangle Man has infiltrated the Lebanese music scene years ago, making a name for himself among the local electronic artists. He is so fond of mysteries that he is one himself. What is he hiding behind his TV screen head? Nobody knows. What we know for sure is that he loves our dear planet Earth and its human creatures (yay us!).

Read below for the intriguing interview that will leave you wanting more. The solution? Head over to his SoundCloud or his YouTube channel and get an additional dose of his carefully-crafted tunes. First things first, what brings you to earth? What is the mission you’re trying to accomplish here?

On one of his epic journeys, Tryangle Man had a thruster malfunction on his spaceship and had to crash land on the nearest planet: Earth.

Tryangle Man grew fond of this planet and the humans on it. He learnt their ways and heard their music. That’s when he decided to share his adventures and his music with them.

“The stars do not have secrets” (title of one of your tracks), but you do. What is with all the mystery surrounding you?

A book is worthless without mystery.

You released your first album, “The First Cycle”, this year. The first track is named after the album, the second one is called “A Broken Paradise” and the last one “Hope”. Can you tell us a bit about this interesting and intriguing choice of titles and track order?

The album was a first impression of Earth and it goes like this:

You live your life based on what humans tell you it’s going to be.

You then realize what they promised was fake and broken.

The only way to reach your “paradise” is by making your own path.

Out of all the venues you’ve performed at here on Earth, which one reminded you the most of home and why?

The forest because nature is perfect, nature is balance. There is equilibrium. Wherever Tryangle Man travels he always finds nature and for him that is home. What controls does Tryangle Man have behind his TV screen head?

Tryangle Man does not own a TV.

If you could invite an earthling to your home planet and showcase the resources of this planet, who would you pick and why?

Tryangle Man heard there were two robots living on this planet. They make incredible music and are apparently famous. The world loves them. They are Humans after all.

This is just the beginning

You’ve released some covers during your stay on our planet, including ‘Wonderwall’ by Oasis and ‘Clocks’ by Coldplay. Yet, somehow you made them completely your own. How would you define your signature sound?

The beauty of music is that it is the culmination of everything you listened/experienced, going through one filter which is “you”.  Then, you search for emotion. That emotion is your voice, your signature sound.

This is applicable for Tryangle Man and everyone else.

Tell us about your creative process in the studio? How do your thoughts translate into notes and sounds?

With time you will have the answer to this question. What is Tryangle Man’s favorite natural offering of planet Earth?

What does the future hold for Tryangle Man and his earthling friends?

Some things never seen before. Emotions never felt before.

This is just the beginning.