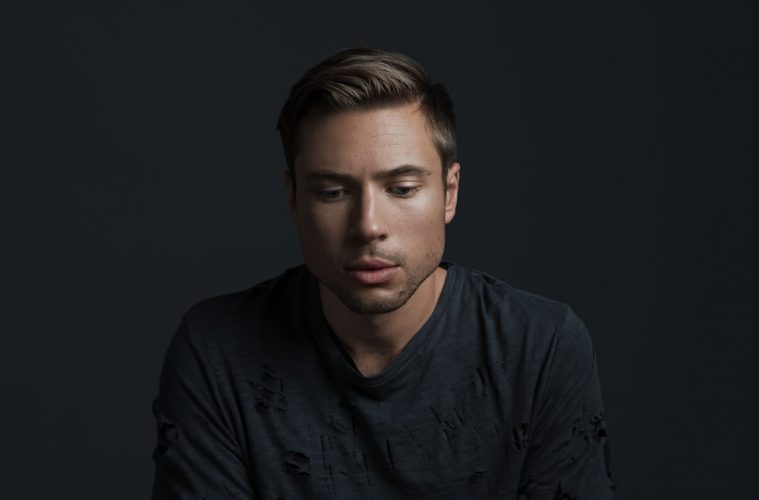 Tim Green is a renowned electronic music producer who has achieved much growth and popularity in the past decade. Surprisingly, throughout these 10 years of success, Tim has never released an entire album, but only singles on several well-known labels. Today, he returns to Cocoon with his emotive and atmospheric LP titled “Her Future Ghost”, which is available for purchase on Beatport. We discussed the album with the man himself to find out more about its story and why he finally decided to release one. Here’s what happened:

How did the electronic music scene in London help shape your sound and direction?

Well, Fabric was the first proper clubbing home to me. It’s always been my mothership! In conjunction together, I discovered house, techno and drum and bass at the same time. So, Fabric was the perfect place to experience this early on. I have lived in Kent ever since I was born, so proper clubbing was not around until I started going out in London. I think this was what really shaped my music career and sound.

You’re releasing your first album ever, “Her Future Ghost”, dropping on Cocoon May 18th. Can you tell us a bit about the album? What inspired it? What’s the direction?

Yes, it’s a concept album at heart. My direction was to write a film score basically, albeit for a film that doesn’t actually exist. However, as an avid film score fan, I wanted to create a body of work that took certain typical soundtrack traits and practices, and apply them to this album as the inspiration and direction for myself, having repeating themes and motives for different elements from the story, like a love theme for example. Each song is almost as if it was for a different scene in a movie etc… All of this was basically to give me a new way to write and think about how to construct an album. What’s this virtual movie about? What is the story you’re telling?

It was more about a feeling, and just a loose story that I could try and mirror with the music to show a journey. All I really know is it’s about 2 main characters having to go through a big struggle, to overcome a huge surprising greater power that is in control of everybody. I started to write a couple of tracks with this in mind, using the story arc idea, which then set me off on a path to write more tracks to fill the gaps. Certain parts of the music were representing the characters, certain parts of the music were representing the threat / evil in the story, and so on and so forth. The general feeling and pace of each track was carefully placed in my order to represent the struggle of the characters and their journey.  Therefore, some tracks would be the introduction of the characters, or showing a change in pace. Basically, it’s the exact way you would write music to specific scenes in a film, to show / mirror what’s happening in the story.

This is your first album, although you’ve previously released several tracks on labels like Cocoon and DirtyBird, and also remixed Paul McCartney & Timo Maas. Why is it that you didn’t work on an album earlier? How did you finally decide it’s time?

I just never felt I had the right frame of mind and concept to make and album. I never wanted to just write a bunch of singles and package them all together to pretend to make an LP. I wanted more thought and emotion behind the music.

Your sound is upbeat and story-telling. Tell us about your creative process. How do you build your tracks from the ground up?

I usually start with a specific idea I want to try out, an idea that I have previously thought of. So, for example, it might be a particular idea for a beat, or a particular chord pattern or melody. Then, I start playing around with these in mind until it’s fully formed, which usually leads straight to filling in the gaps; most likely another melodic element that is a counter part to the main hook. If it were just a beat at first, it usually evokes the direction of the melodic content. Name a few artists you’d like to collaborate with.

Tell us about 5 non-electronic albums that have shaped you as a person and a musician.

If you were not a musician today, what career path would you have chosen?

I think it would still have to be something within the music field to be honest. My whole life is consumed by music. I guess perhaps an A&R for a label? I’ve never given it any other thought to be honest.