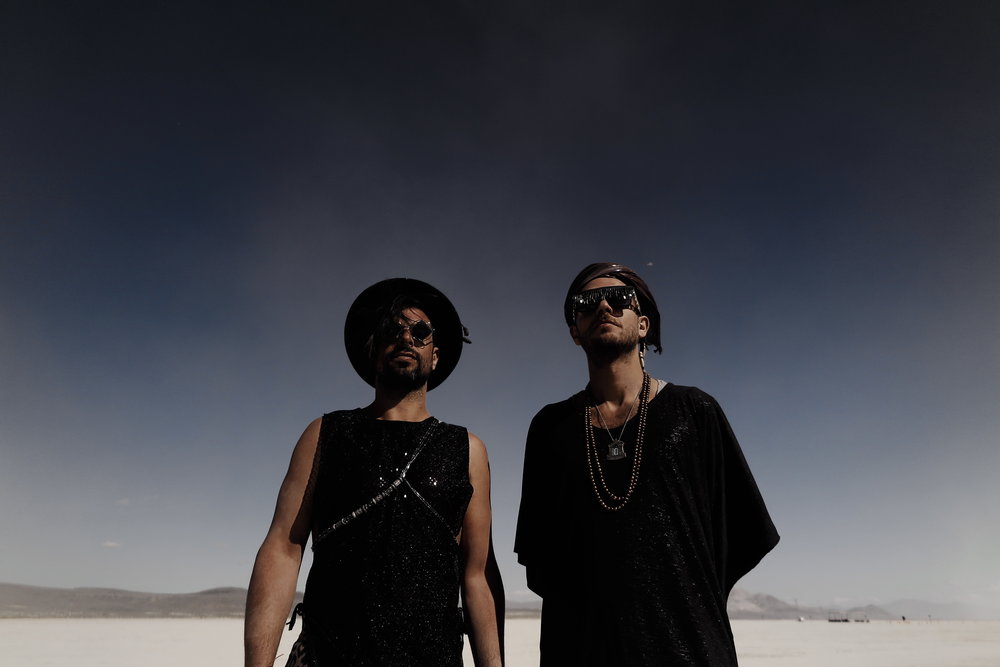 Bedouin has been hypnotizing dancefloors for a while now, from Burning Man’s playa, to hundreds of venues around the world. They have gained a reputation from playing deep yet enchanting melodies, moving the crowd while leaving them with a nomadic sense of adventure.

Bedouin is a Brooklyn-based production & DJ partnership between nomads Rami Abousabe and Tamer Malki, who are creating their own idiosyncratic spell of melodies and rhythms. They share an eclectic sonic vision that pulls from diverse influences, owed to their Middle Eastern heritage, Western upbringing and world travels. Their combined musical backgrounds and ever-evolving tastes capture the sensibility of imagination and constantly explores the connection between us and the future.

Today however, Bedouin are not here just as DJs, but more as storytellers of the tales of Kindisch. Bringing together the eclectic, the symbolic, and the poetic; this is Kindisch Stories presented by Bedouin.

Bedouin  crafted  a  mix  that sits  as  well  on  an  early  morning  dancefloor  as  on  the  headphones  at  home, straying  far  into  the  desert  and  returning  with  a  natural  elegance  that  reflects  the  duo’s  vast  spectrum  of  talent.

When we put the album on, and spun it a couple of times, we realized how big of a release this will be. It’s not just another Various Artist compilation, it’s here to change something in music, to add that spice of life to dancefloors and personal libraries alike. With talents such as Satori, LUM, Oceanvs Orientalis and YokoO on board, you can’t have anything short from a masterpiece.

After the opening title, Feathered Sun starts our journey with a downtempo ambient track with Get On, preparing us for Bedouin’s new masterpiece ‘Bufo’. Bufo is a gentle shamanic track with so much depth and organic groove. It’s certainly an instant Bedouin classic.

Enter NU playing around with LUM’s sound, with an extended remix of his new release, Toé, off the new EP Selva, which was also released on Kindisch a couple of weeks ago. After that long but dreamy trip, Viken Arman takes us on a different ride with his Armenian-spiced melodies and grooves to the mix with All Alone.

Satori, another legend in the genre, adds the track ‘Ikyadarh’, which is a tune we’re kind of familiar with from his live sets, but haven’t heard properly arranged or mixed in track format until now. With Certeza, LUM adds another melodic classic to this journey that’s a bit more percussive than his previous entry through NU’s remix. Up until this point, the album is everything you want an album to be, with its ups, downs, depth and goosebumps. But the story didn’t end there; two masters of the trade are still left for the grand finale.

Oceanvs Orientalis with the hilariously named track ‘Revenge of the Wankers’ gives us a tune we’re also vaguely familiar with from his signature live sets. However, it was properly arranged for track format this time. It’s quite the hard hitter, knowing Oceanvs Orientalis has also released a new EP of his own as well ‘Indoor Voyager’

The album ends with one of our favorite artists, whom we have had the honor to interview in the past, YokoO, with his very appropriately-titled track, Sacred Tears. A perfect ending to a serenading journey.

We’re humbled to share Bedouin’s story with you and we hope you get as much out of it as we did.

10. Oceanvs Orientalis – Revenge Of The Wankers